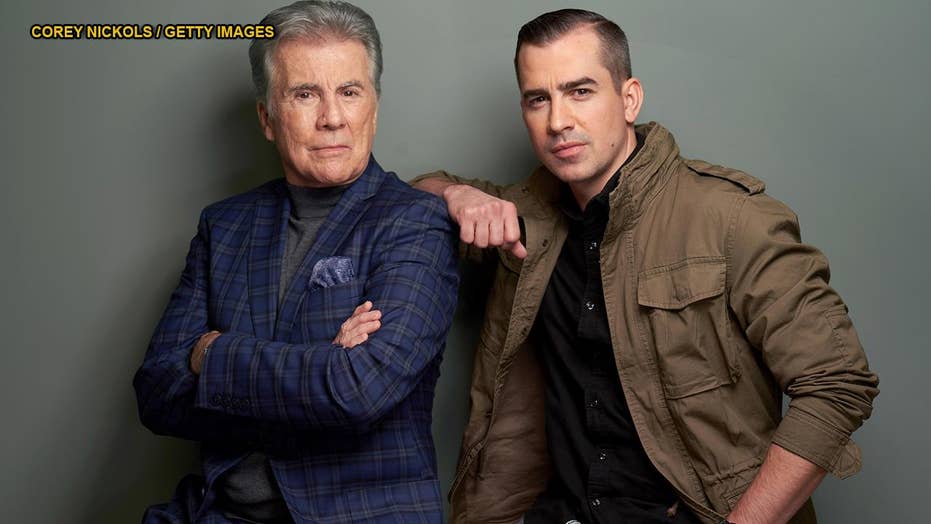 Callahan Walsh will never forget the day when he learned that fugitive Luis Frias was finally captured.

The 35-year-old son of victims rights advocate John Walsh co-stars alongside his father in Investigation Discovery’s “In Pursuit With John Walsh,” where Frias’ case was originally profiled in the premiere episode. The series, which is kicking off Season 2, highlights unsolved violent crimes and missing cases in hopes vigilant viewers will call in with leads.

“When I get the news that we’ve captured one of our fugitives, it’s better than a home run,” Walsh told Fox News. “That case was an incredibly brutal case… [Frias] had his mother lure his estranged wife to the grandmother’s apartment. He was there waiting for her, stabbed her 41 times in front of their three children. He fled to Mexico. Janett Reyna, the victim, was former law enforcement and the director of the Ponca Tribe of Oklahoma's domestic violence center.

“When one of our viewers from Mexico called in the tip, two U.S. marshals went down to Mexico and linked up with two embedded DEA agents,” Walsh continued. “They surveilled Luis Frias’ home. They took him down. But what’s incredible is the Oklahoma State Police gave those two U.S. marshals Janett Reyna’s state-issued handcuffs that she used as a law enforcement office, and they slapped those handcuffs on the wrists of Luis Frias… If that’s not poetic justice, then I don’t know what is.”

According to the network, Frias had been on Walsh’s personal most wanted list since 2013 after the stabbing.

But Walsh’s work with his father is far from over. He shared that this season in particular hits close to home.

“This is a beautiful young girl whose life was cut short,” he shared. “I knew her very well, I know her family very well. I want to get justice for her and justice for her family. I want to see whoever did this to Lindsay behind bars. [But] this case is very unique because we don’t have a wanted suspect. We don’t have a fugitive as we normally do. So we really are relying on the public to give us that information that cracks this case wide open.”

Before “In Pursuit” premiered in 2019, Walsh’s father, 74, had considered retiring. However, U.S. marshals had out to him in hopes he can continue to raise awareness about criminals who haven’t been widely covered by the press.

Walsh, who works at the National Center for Missing and Exploited Children, said it’s been an honor to follow in his famous father’s footsteps.

“I grew up in a family that said, ‘We need to make sure that [my brother] Adam didn’t die in vain, and if his song is to continue, then we must do the singing,'” said Walsh. “I’m sure many… know the story of my brother Adam… a six-year-old little boy who was kidnapped and murdered in South Florida in 1981.

This undated file photo shows six-year-old Adam Walsh of Hollywood, Fla who was murdered in 1981. (AP)

“I watched my parents channel their emotions and their anger and their energy to make sure that there was a response mechanism for missing children because there was very little help at that time. I watched my father go on to capture fugitive after fugitive on ‘America’s Most Wanted.’ They never gave up hope, they never gave up on the fight. So I’m here following in their footsteps. Huge shoes to fill, but trying to fight back in Adam’s honor.”

Adam’s murder helped raise awareness about missing children and led to the series “America’s Most Wanted." In 2008, police announced they were convinced Adam was killed by Ottis E. Toole, a drifter and convicted serial killer who confessed to the slaying and then recanted before dying behind bars in 1996.

According to the New York Times, Adam’s severed head was found two weeks later in Vero Beach, 120 miles north from the mall across from police headquarters where he was abducted. His body was never found.

Adam Walsh has remained devoted to keeping the memory of his late son Adam alive. (Getty)

It was the Walsh family who launched the National Center for Missing & Exploited Children to help and comfort other families. They also helped lobby Congress to pass the Missing Children’s Act in 1982, which created a national computer database of information on missing children at the FBI, the New York Times noted.

Then in 2006, on the 25th anniversary of Adam’s disappearance, President Bush signed into law the Adam Walsh Child Protection and Safety Act. That expanded the National Sex Offender Registry, which in turn, created a new child abuse registry and further strengthened penalties for crimes against children.

As for retirement? Walsh doesn’t see his father doing that anytime soon.

John Walsh (L) and Callahan Walsh of Investigation Discovery's 'In Pursuit With John Walsh' pose for a portrait during the 2019 Winter TCA at The Langham Huntington, Pasadena on February 12, 2019, in Pasadena, California. (Photo by Corey Nickols/Getty Images)

“I’m not sure that’s ever going to happen,” he said. “He tried once, but it didn’t last long. In fact, that’s the reason he's back on ‘In Pursuit.’ U.S. marshals… said, ‘We’ve got some really bad guys out there [and] we need your help. We need you to saddle up once again.’ And I’m honored to join him on screen. We’re going after real bad guys in Season 2, harnessing the power of the public, trying to get justice for families that so deserve it."

"In Pursuit with John Walsh" airs Wednesdays at 10 p.m. on ID.