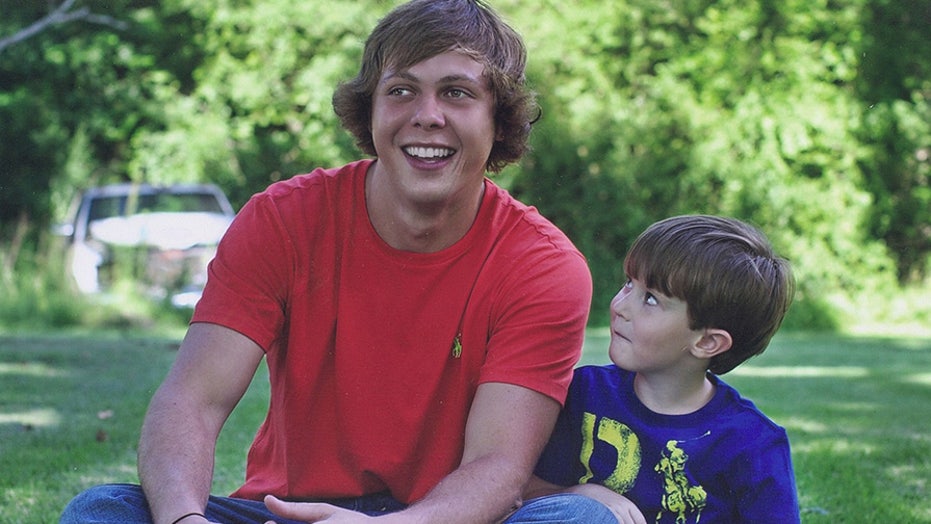 Rae Andreacchio is hoping a podcast will help get justice for her son.

In 2014, Christian Andreacchio was found dead in his home at age 21 from a single gunshot wound to the head.

The podcast “Culpable,” which has been exploring the case, claimed police ruled his death a suicide after a 45-minute investigation “despite substantial evidence that points to Christian's death not only being a homicide but premeditated murder.”

Tenderfoot TV and Black Mountain Media, the creators of the investigative true-crime series, told Fox News a reward of up to $100,000 for new information leading to a conviction in the Mississippi man’s case is being offered by the podcast.

“This includes $50,000 for new information leading to an arrest and an additional $50,000 if there is a conviction," they said in a statement.

Christian Andreacchio is the subject of a true-crime podcast titled "Culpable." (Photo courtesy of Magnolia Son.)

“I was shocked,” Rae, Christian's mother, told Fox News. “I think the financial commitment they have made speaks volumes for them as people, not just as a podcast or business.”

In December of this year, The Meridian Star reported the Mississippi man's parents were suing a city official they alleged invited the public to view autopsy photos of their son and discuss the case.

The lawsuit accuses the chief administrative officer of Meridian of invading their privacy and intentionally inflicting emotional distress. According to the lawsuit, such efforts by Richie McAlister were conducted in an attempt to lead the public to conclude Christian took his life.

“For reasons unknown, he became deeply determined to convince a now skeptical public that Christian Andreacchio did, in fact, commit suicide,” the lawsuit stated.

McAlister didn’t respond to the newspaper’s request for comment, the Associated Press shared.

In 2017, a jury chose not to indict two people in Christian’s death. However, Rae stressed Christian wasn’t suicidal.

“He had a large personality,” she recalled. “He was very charismatic, always smiling. Even when he wasn’t in a good mood, he would hide that and make sure everyone else was having a good time. He was very flirtatious and enjoyed making others feel special. He was a hard-worker and very proud of that. He played hard, but he also worked harder and was very responsible and independent. He was just a good person.”

Rae vividly remembered the last conversation she had with Christian.

Rae couldn’t have predicted she would soon be planning a funeral.

“It just didn’t feel right,” she said. “I was devastated. No mother should ever have to plan her son’s funeral. But there were also a lot of red flags concerning my son’s death. There was nothing that made me feel this was a suicide.”

Rae is aware some listeners may assume a grieving mother wouldn’t accept her own child committed suicide. However, she said the evidence speaks for itself.

“It’s not even knowing my son,” she explained. “We have so much forensic evidence showing that it was not possible for it to have been a suicide. And Christian told me something. We had a young man in our neighborhood who killed himself. This was several years before anything happened to Christian. And that really bothered Christian… He mentioned several times to me, ‘Mom, if anybody ever tells you I killed myself, you come looking — because I wouldn’t do that.’ And that was the first thing that came to mind when I learned he was deceased.”

“People can argue about his state of mind,” she added. “But they can’t argue against the forensic evidence.”

“His photos were shared by thousands on the internet, on Facebook,” she said. “Who wants to see their son’s autopsy photos on the internet where he is unclothed and cut open for everybody to see?”

Christian’s parents are also suing a Hattiesburg man who they alleged uploaded the photos online and led an effort to discount the theory that their son was killed. Frankie Wagner denied the allegations to the newspaper but did share the photos with friends.

“Anything that is obtained through a Freedom of Information Act request is public record,” he told the outlet.

“Culpable,” which was launched in June of this year, has sparked renewed interest in Christian’s case. A district prosecutor announced in August that she would reopen the case if new evidence came to light. In November, the City Council asked the U.S. Department of Justice to investigate how the city handled the case.

“I have my days,” admitted Rae. “There are days when you have your breakdowns and you cry. But you also get back up… You have to. There’s no other way.”

RADIO HOST DELILAH SAYS FAITH ‘SAVED MY SANITY’ AFTER SHE LOST TWO SONS: ‘I DID THE BEST THAT I COULD’

Rae hopes the podcast will continue to raise awareness on Christian’s case.

“This wasn’t a suicide,” she insisted. “This was a homicide. I think it’s very easy to slap a suicide in a situation where there’s very little effort involved. But you need to fight for those answers.”