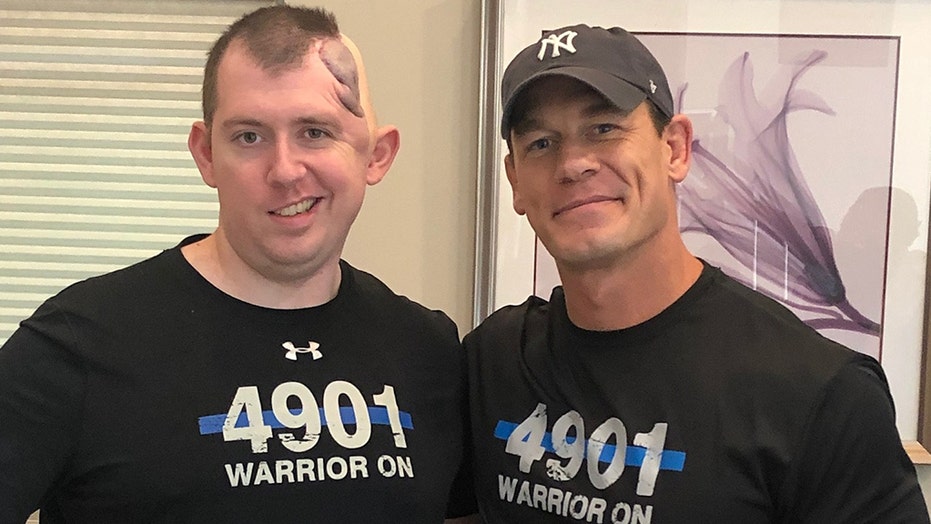 A Colorado Springs police officer who was shot in the line of duty in August 2018 finally got to meet his hero in New York on Friday.

Officer Cem Duzel recently returned to his home state of New York, where he will undergo rehab therapy.

The Colorado Springs Police Department shared photos of the visit on Facebook.

“Thank you to everyone in our community who helped make this happen for Officer Duzel, and thank you to John Cena for supporting our hero along his journey!” the police department said in the post. “We are amazed, humbled, and beyond thankful.”

This story originally appeared in Fox21News.