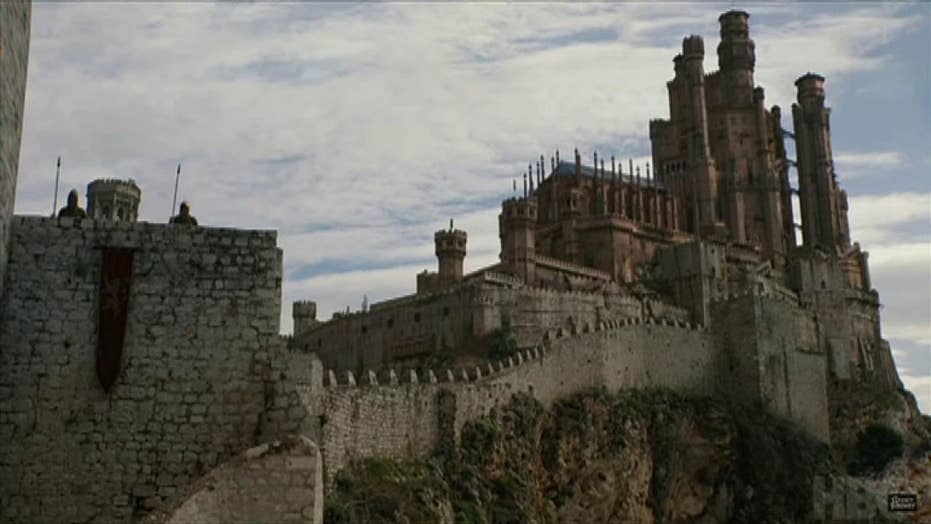 Joe Jonas celebrated the premiere of the new season of "Game of Thrones" in style. Dressed as fiancée Sophie Turner’s character, Sansa Stark, Jonas uploaded a video of him adorned in Lady Sansa’s garb ahead of the season premiere.

“MOOD,” Jonas wrote ahead of the big premiere, which drew adulation from celebrities like Kelly Rowland, model Cris Urena and sister-in-law Priyanka Chopra.

Ahead of the season premiere, Turner also took to Instagram to share her thoughts on the final season. In a post that amassed 1.7 million likes, Turner posted a picture with the caption, “In honour of the final season of Thrones premiering tonight .... Here’s a picture of me asleep on set.”

Jonas began dating Turner in 2016 before ultimately popping the question in October 2017. The two announced the engagement via Instagram when Jonas posted a picture of the ring, stating, “she said yes.” Turner reciprocated, stating, “I said yes.”

“Game of Thrones” star Sophie Turner explained why she was photographed crying while walking with Joe Jonas in New York City on Wednesday, August 15, 2018. (Getty Images)

The two are set to wed in France and recently spoke with People Magazine on what they need for a successful wedding. “I mean, we are getting married in France, so a lot of Coors Light is necessary,” said Jonas.

“Not hard, really, to get that, but we needed to make sure that was going to happen,” Jonas continued. Brother Nick Jonas added, “Our friends drink a lot of beer, specifically, and we ran out of beer at the wedding, at my wedding, which was a big issue.”

Jonas and Turner have not confirmed an official wedding date, but Joe did reveal on "The Late Late Show" with James Corden that they intend on marrying in the summer.