HGTV stars Chip and Joanna Gaines may be working on a new project with Alex Rodriguez after previously working with the baseball star and Jennifer Lopez on their Malibu home.

Is Alex Rodriguez teaming up with HGTV's Chip and Joanna Gaines?

The former Yankees star teased the possibility in a new interview on Monday while attending FOX's Upfronts in New York City.

Asked about the collaboration rumors, the 43-year-old told Extra: "That is a little surprise, but [fiancée Jennifer Lopez and I] are big fans of Chip and Joanna."

"They're amazing, and we're working on some fun things," he added.

In April, the newly engaged couple took a trip to Waco, Texas, joining the Gaineses in their hometown for what appeared to be a casual hangout.

The pair's visit came after the "Dinero" singer revealed in March that she had asked Joanna to help her remodel her $6.6 million Malibu mansion.

"We actually got a little fixer upper next to the water and we were like, 'Oh we gotta fix this up,'" Lopez explained to Ellen DeGeneres at the time.

"It's really a house that needs work," she continued. "I was like, 'Wouldn't it be amazing to have her do it for us?' But she doesn't do anything outside of Waco. Like, nothing. 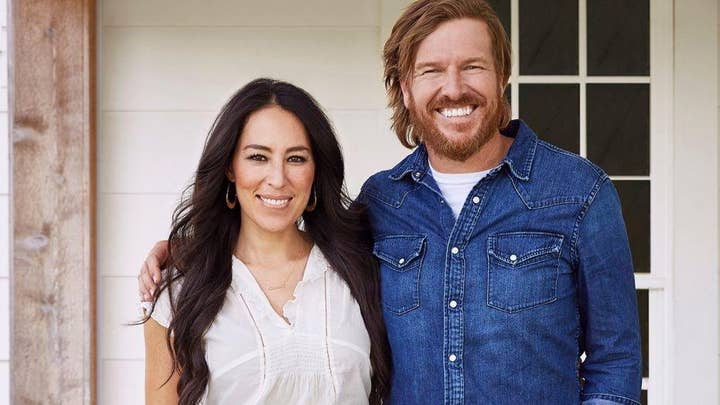 "And then comes our anniversary... he [Rodriguez] goes, 'I want you to go to this meeting with us for the architect for the house.' And I was like, 'OK, great.' And he opens up FaceTime and it's Joanna Gaines. And I was like, 'Are you kidding? Hi!'"

A photo later emerged of Lopez and Gaines in Malibu.