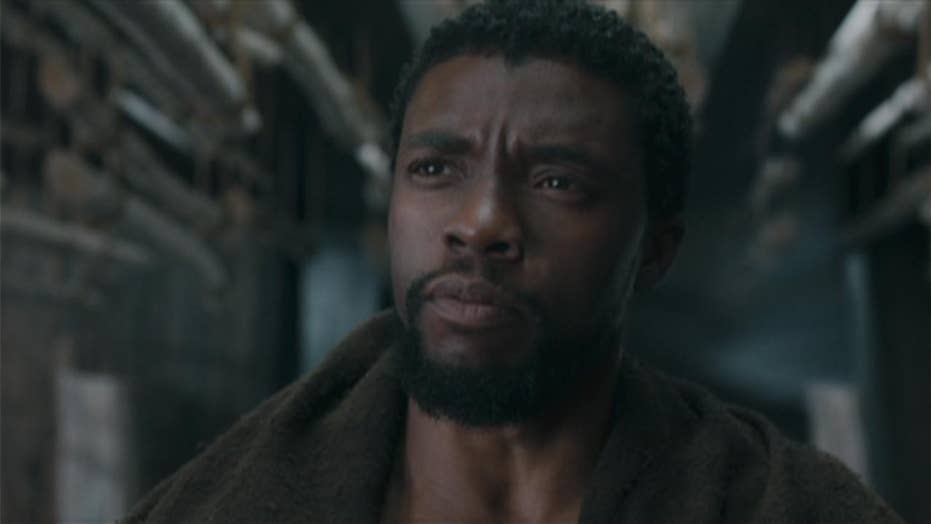 On the store’s website, the retailer debuted a new ugly Christmas-style sweater that read “Wakanda Forever,” which is a phrase used in the superhero flick. However, the sweater was worn by a white model, which angered critics because “Black Panther” is based in the fictitious African nation of Wakanda.

Forever 21 took down the picture and offered an apology.

“Forever 21 takes feedback on our products and marketing extremely seriously. We celebrate all superheroes with many different models of various ethnicities and apologize if the photo in question was offensive in any way,” the store said in a statement.

Well, none of this sat well with the ABC star.

Kimmel began by poking fun at the model, saying that Forever 21 didn’t just use a white model, they used the “whitest model in the world.”

“Of course, because everyone is outraged now at all times, people flipped out about this online, a lot of people called this offensive, but who is this offensive to, Wakandans?” Kimmel asked. “If so, I have a newsflash; Wakanda is not a real place! Basically what happened is a white man wore a sweater with the name of an imaginary country on it, an imaginary country that was made up by a white man, by the way. Is it possible to appropriate a culture that does not exist?”

“This is why we have Donald Trump, by the way, because people get worked up about this,” Kimmel said. (2018 Invision)

The “Jimmy Kimmel Live” host chuckled at Forever 21’s new replacement, which is just the sweater without any model wearing it.

“Thanos snapped his fingers and made the white guy disappear,” Kimmel joked. “You know what I bet happened? I bet none of the black models wanted to be photographed in that horrible sweater. They were like, ‘Eh, you know what? Let the white guy wear it.’”

“This is why we have Donald Trump, by the way, because people get worked up about this,” Kimmel added.