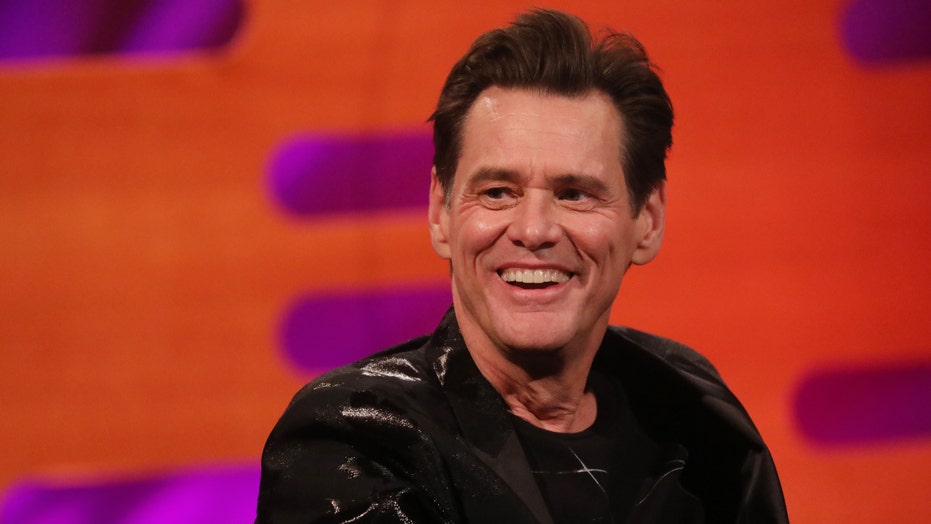 Jim Carrey floated a conspiracy theory to his Twitter followers warning that Donald Trump may be the first U.S. president to defect to a foreign country.

The 58-year-old “Kidding” star shared the message along with another politically charged piece of artwork created by him. His latest painting appears to show Russian President Vladimir Putin gleefully holding a model of what looks like Air Force One in his hands.

“Be wary of diplomatic missions to Moscow prior to the Nov elections,” Carrey tweeted with the painting. “Given the list of possible indictments he faces, Traitor Trump may be the first American President to defect.”

HOW DO YOU TREAT CORONAVIRUS?

The actor seems to be suggesting that Trump will make preliminary trips to Russia in an effort to defect should Joe Biden win the presidential election in November. The actor suggests that the various investigations conducted into Trump’s alleged ties to the Russians could mean that he’s facing indictments once he’s no longer officially the president of the United States.

The political post comes months after Carrey publicly stated that he would no longer be sharing such paintings.

"To me, that was like a time, and it's been a time, where I just wanted to be the lighthouse that was saying, 'Hey, stay off the rocks, you're headed for the rocks,'" he told Yahoo Entertainment in January. “We're still headed for the rocks, but I've decided, 'You understand my message, I don't need to be steeped in it anymore.' I think after a while … you get stuck in that kind of stuff."

However, it didn’t take long before the “Sonic the Hedgehog” actor was back to his old ways, lambasting Trump and his cohorts through artwork. In May, he shared an image of the Grim Reaper giving Donald Trump the middle finger, suggesting that he was jealous of the president’s death toll stemming from his handling of the coronavirus pandemic.

He also shared a painting of Trump dressed as the mayor from the 1975 movie “Jaws,” originally played by Murray Hamilton, demanding that people get in the water even though it’s unsafe.

“Trump is willing to risk countless lives to save his economic record. He has fully become the mayor from Jaws,” the actor wrote in the tweet accompanying the painting.