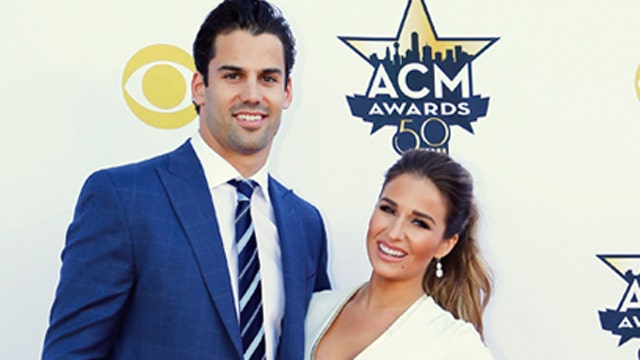 Jessie James Decker can't keep her hands to herself.

The country singer gushed over her husband, former NFL player Eric Decker, in a new post on Instagram.

"He's like fine wine," the "Lights Down Low" singer captioned a photo of herself with her arms around her husband's neck.

JESSIE JAMES DECKER STRUTS AROUND IN BLACK BATHING SUIT: 'JUST ANOTHER DAY AT THE OFFICE'

The mom-of-three, who previously said she and Eric would “plan” nights – are now enjoying an unplanned sex life after Eric retired from football.

“[Eric’s] retired now, so we can be spontaneous!” she told Fox News in February.

And although the couple has their hands full with three little ones, when it comes to having a fourth baby, Decker isn’t counting it out.

“I would say never say never,” she admitted. “We’re not against it and we’re not planning it either. I think if it were to happen naturally, another baby is always a blessing, but as of right now we are very happy with baby Forrest.”