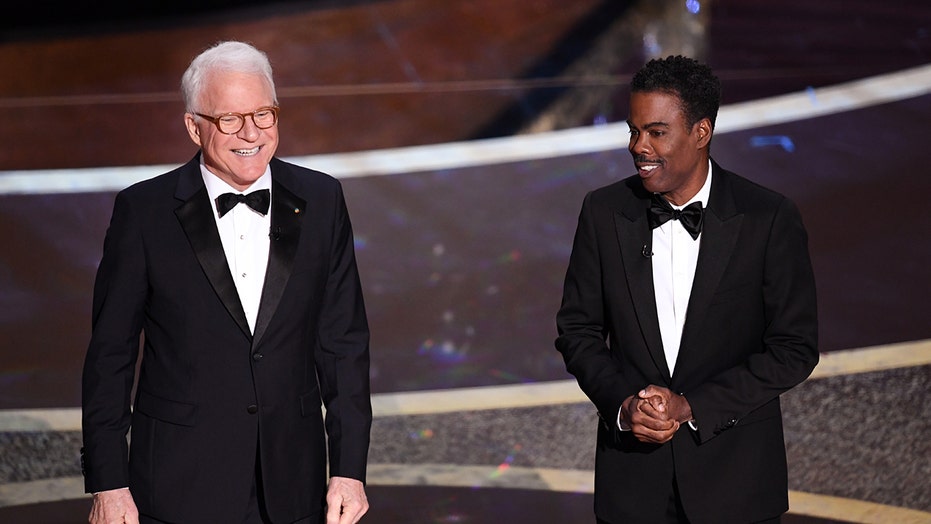 While the 2020 Oscars opted to go host-free for its second straight year, the festivities still featured a comedic opening monologue that poked fun at several audience members, including Amazon CEO and founder Jeff Bezos.

After an extravagant opening number performed by Janelle Monáe with the help of Billy Porter, comedians Chris Rock and Steve Martin took the stage. Martin noted that the duo are both former Oscars hosts, calling their position as opening monologists "such an incredible demotion.”

After taking lighthearted jabs at Martin Scorsese and Mahershala Ali, Rock and Martin turned their sights on Bezos.

Rock continued by commenting on not only Bezos’ enormous net worth but his highly publicized divorce as well.

“He’s got cash. When he writes a check, the bank bounce,” the comedian added. “Jeff Bezos is so rich, he got divorced and he’s still the richest man in the world. He saw ‘Marriage Story’ and thought it was a comedy.”

News of the divorce first made headlines in January when Jeff tweeted that he and wife MacKenzie were dissolving their marriage after 25 years.

Since the divorce became public, the Amazon CEO has remained in the spotlight, due in part to his relationship with Lauren Sanchez. Illicit pictures and text messages were stolen from Bezos' phone and Bezos' longtime security consultant, Gavin de Becker, recently said he believes the Saudi Arabian government was behind the hack.

Rock then asked Martin if he had anything to add about the wealthy businessman’s presence.

“No, I like getting my packages on time,” Martin quipped.

The comedians went on to poke fun at the Oscar-nominated film “Joker” noting it “sounds funny” and even highlighted the lack of female representation in the 2020 nominees.