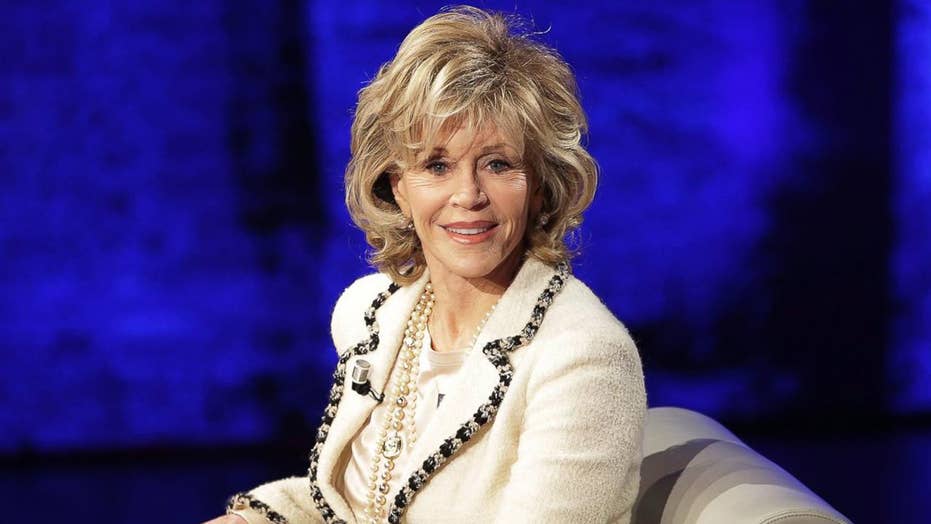 A mistake that will haunt her forever.

Jane Fonda was arrested on Friday after declaring she took time off her Netflix series to spend months engaging in political activism.

Fonda was among 16 people arrested on the Capitol steps Friday, according to U.S. Capitol police, Fox News has learned. The actress was charged with "crowding, obstructing or incommoding." She was there to rally alongside other climate change activists.

According to video obtained by WUSA9 reporter Mike Valerio, U.S. Capitol police in Washington D.C. appear to take Fonda into custody with her hands zip-tied behind her back as a crowd of onlookers cheers. Reportedly, she was participating in a climate change protest.

"We love you Jane," the crowd shouts in the video.

Reps for the actress did not return Fox News' request for comment.

The arrest comes after Fonda, a liberal Hollywood celebrity long known for activism and outspokenness, said she soon planned to leave Tinseltown and relocate to the nation’s capital, at least temporarily.

And according to the Los Angeles Times, the 81-year-old actress had a goal in mind: to get arrested.

SARAH FERGUSON GETS CANDID ON USING BOTOX, LASER FACELIFTS AND STEM CELL THERAPY FOR HER FEET

Fonda told the newspaper she planned to spend about four months in Washington for a series of sit-ins and rallies – after getting an OK from Netflix to take time off from her series “Grace and Frankie” with Lily Tomlin. She claimed to have drawn inspiration from Greta Thunberg, the teenage climate-change activist from Sweden.

Fonda, forever known as “Hanoi Jane” to those who took offense to her stand against the Vietnam War, criticized Democrats for failing to advance the left’s climate agenda.

"When [former California Gov. Jerry Brown] came in, in the ’70s, it was great,” she told the L.A. Times. “Suddenly, you could afford solar panels and all these kinds of windmills. … But … right to the day he left, he didn’t pay too much attention to the fact that oil companies are drilling all over California next to communities and next to schools and everything.”

But despite her lefty credentials, Fonda told Politico in 2018 that while she opposes President Trump's policies, she doesn't hate him as a person.

“I feel that I understand a little bit — this is a man who was traumatized as a child by his father, who had a mother that didn’t protect him,” she told the outlet. “And the behavior is the language of the wounded.”

“I am very sad. He was my sweet-hearted baby brother. The talker of the family,” she told Variety at the time.

Fonda was released Friday afternoon before 3 p.m. EST. The actress stopped to speak with reporters about being holed up and explained her actions.

"So, I moved here to do an action every Friday called 'Fire Drill Friday' because Greta Thunberg says 'our house is on fire we have to behave appropriately,'" said Fonda. "So, we have a fire drill every Friday and every Friday at 11:00 we will have a different focus on climate."