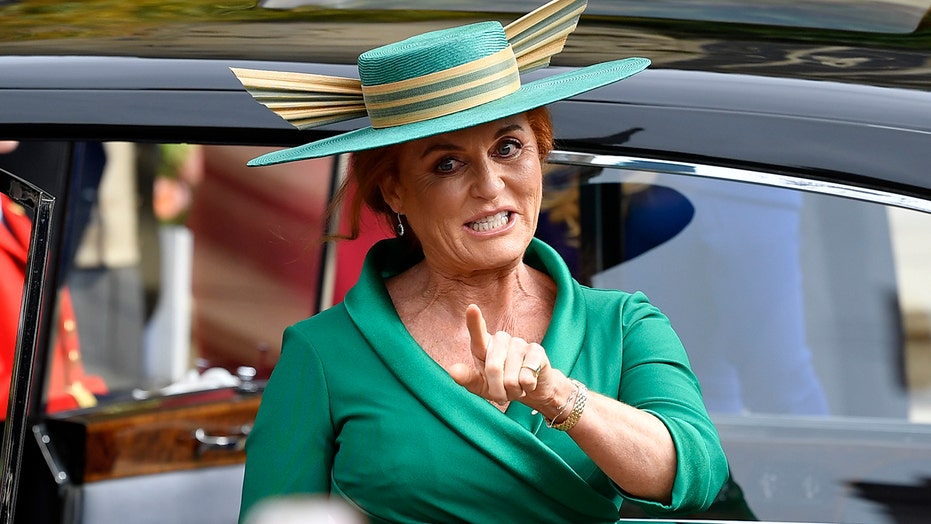 Sarah Ferguson is telling all on how she’s fighting the signs of aging.

“I’ve had a lot of help to look like this at 60!” the ex-wife of Prince Andrew told UK’s Daily Mail newspaper on Thursday. Ferguson, nicknamed “Fergie,” revealed she’s a fan of non-invasive laser facelifts to keep her features youthful.

“I’ve started the laser treatment, but it’s not finished yet,” said the proud mom of Princess Eugenie and Princess Beatrice. “The collagen needs to rebuild. I hope it will all be done by my birthday.”

The Duchess of York said she used the same treatment last year to prepare for Princess Eugenie’s royal wedding. People magazine reported the laser lift is meant to work as a natural facelift, stimulating collagen and refinishing skin texture.

“I don’t like the frozen look,” said Ferguson, who turns the big 6-0 on Oct. 15. “I’m so animated and I like to be myself. I don’t like the thoughts of needles and am very glad if I look well and happy — I’m really happy to be open about what I’ve had done.”

ELIZABETH HURLEY MET MEGHAN MARKLE BEFORE PRINCE HARRY DID: 'SHE WAS FANTASTIC'

Ferguson admitted that in the past, she has tried Botox. But these days, Ferguson insisted she relies on more minimally invasive treatments. She’s a fan of mesotherapy, which uses “injections of vitamins, minerals and amino acids” to boost collagen production. Ferguson said the treatment was the right choice for her after years of sun damage.

“I need to repair the damage that was done on the beach when I was a child,” she said. “It’s why I had the mesotherapy, the vitamin cocktail to hydrate and boost the skin.”

After that therapy session in 2013, Ferguson said she had a facial thread lift, which “involves inserting a mesh of medically advanced threads under the skin,” lifting the face and smoothing away fine lines.

Sarah Ferguson arrives for the wedding ceremony of Prince Harry and Meghan Markle at St. George's Chapel in Windsor Castle in Windsor, near London, England, Saturday, May 19, 2018. (AP)

“It’s like garden trellising for sweat peas,” said Ferguson. “You insert the threads under the skin with a fine needle and they hold everything up. They also encourage collagen production. It takes a couple of months, then the sweat peas blood.”

“Before I had it done I thought, ‘Oh, this is going to be so painful,’ but it wasn’t bad,” Ferguson continued. “My skin responded well. I think if you look at photos of me after I had it done, I look much better.”

And her face wasn’t the only thing Ferguson focused on.

According to the outlet, Ferguson traveled to the Bahamas earlier this year to have regenerative stem cell therapy on her feet.

Sarah Ferguson is getting candid about how she's fighting the signs of aging. (Reuters)

“I think my toes were ruined by all the riding I did when I was young,” she explained, pointing to her big toe. “They shaved the bone here and implanted stem cells, 20 million of them taken from my midriff, into my feet to make new cartilage. It takes about six months to heal but now I can walk in heels!”