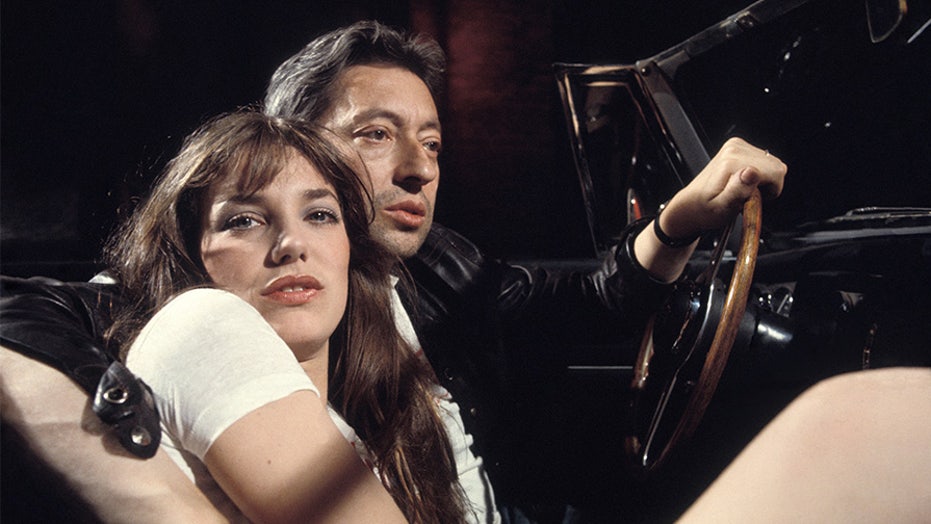 Jane Birkin has been determined to honor the musical legacy of her late lover, Serge Gainsbourg.

The British actress, model and singer took to the stage on Friday at New York City’s Beacon Theatre where she performed a selection of his songs with a live orchestra. The concert tour, titled “Birkin Gainsbourg The Symphonic,” featured a guest performance by their daughter, actress and musician Charlotte Gainsbourg, as well as Iggy Pop.

Gainsbourg, a beloved French singer and songwriter who wasn’t shy about stirring up controversy during his decades-long career, passed away in 1991 at age 62 from a heart attack. In 1969, Gainsbourg and Birkin, 73, recorded the sensual “Je T'Aime… Moi Non Plus," ("I Love You... Me Neither") a song that was forbidden in Italy after being denounced in the Vatican newspaper. While the couple called it quits in 1980, Gainsbourg still referred to Birkin as his muse and helped further the career of their daughter, now 48.

Birkin spoke to Fox News about her relationship with Gainsbourg, why it came to an end, as well as what his later years were like.

Fox News: Looking back, what do you think drew you to Serge?

Jane Birkin: He was funny. He's the funniest man I've ever known, apart from my own father. He was so funny and he had a little book on him always that had the latest jokes. He would play the piano to amuse me…He was just somebody who longed to give other people a good time and was extraordinarily kind. He used to make his sisters crack up when they were about six and seven, even though they were hiding with the Jewish star on their breasts. Even so, Serge used to crack them up because of the jokes.

I think that's probably the greatest charm in anybody, really, to be extraordinarily funny. He was also incredibly generous. He was the least stingy man I've ever known. So that generosity and fun, along with being a great writer, made him very enchanting. But I think being funny was the thing that I remember the most about him. That's something rather sexy.

Jane Birkin and Serge Gainsbourg pictured together at home in Paris, France, circa 1972.      (Photo by Peter Stephens/Mirrorpix/Getty Images)

Fox News: How did you end up singing with Serge on “Je T’aime … Moi Non Plus,” a song he originally wrote for his girlfriend Brigitte Bardot?
Birkin: You must remember, she was married at the time to Gunter Sachs so it would have been quite the scandal. Serge was also a gentleman. And he wasn’t stupid. So he kept their collaboration hidden away in a drawer. When I popped up a year later, he asked me to sing with him... And I knew all the girls were hovering around Serge.

I thought, “I’m not going to get chosen with all of these beautiful girls around.” So when he asked me to do it, I, of course, said yes. And we rushed to London to record it. When we performed it together, we just knew it was going to be hot. I remember Serge used to slip the disc on a turntable in the basement of the hotel we were living in. People were so shocked when they heard it. So Serge knew what an impact it would have. I remember I said, “Serge, I think we've got a hit record.”

And then the record was banned by the Pope, the BBC. People still talk to me about it after all this time. I know that song will be the one that, when I die, I know will be on the news... But the lyrics were interesting even though it was a sexy song. I think it’s because he wrote it for the most beautiful girl in the world, Bardot. And he didn't really believe her when she said, "I love you." That's why he said, "Nor do I.”

Fox News: It sounds like you and Serge weren’t fazed by the controversy.
Birkin: No. It was good fun. It was nice, years later, to learn that the song represented liberty and being free to many audiences. I just thought that it was a sexy song — so much so that it was banned by the Catholic church and it was removed from radio stations. But for those listeners, it meant so much more.

Fox News: Even though your relationship with Serge ultimately came to an end, he continued to write songs for you. What was your friendship like with him during the later years?

Birkin: He accepted to be my daughter Lou’s godfather. And that was only a year and a half after we separated. That was already pretty outstanding, for him to say yes… He came back into my life and wrote the most beautiful songs for me… He had no reason to do that. All I wanted was for him not to shut me out of his life. We became friends, which we never were before, and he treated me like a fellow. I always wanted to be like two men sitting on a park bench.

French singer and songwriter Serge Gainsbourg and his partner, British singer and actress Jane Birkin, in the courtyard of the French National College of Fine Arts, in Paris. (Photo by Jacques Haillot/Apis/Sygma/Sygma via Getty Images)

And that’s what we were like. We would talk about the scandals going around town. And he would turn up at any time he wanted to my house and I'd serve dinner a second time after giving the first dinner to the children. And then he used to come in and sometimes spend two hours, three hours, keeping a taxi waiting… Sometimes he would just come and play the piano. It was really a most extraordinary relationship and a very fortunate one. Because I don't know what I would have done if he'd cut me out of his life. He had every reason to.

Fox News: What exactly caused the relationship to end?
Birkin: I fell in love with [film director] Jacques Doillon. I was under the hope that we'd be able to live as a threesome. But of course, that wasn't possible. And then I left Serge to be with Jacques. But I was pining for Serge. And when I was with Serge, I was pining for Jacques. So I was just lucky that Serge was OK to not only write the songs but to turn up whenever he wanted and be a friend. In fact, it was more fun being his friend and seeing the love that he had for [my] daughters.

When he wrote the very last song... He was so tired and yet he still wrote "Amours des feintes." And I said, "Serge, don't write it now because you're too tired." But he said, "Yes, I owe you this one. I owe you this one." And he did a few TV things where he said very sweet things. Until his dying day, I had him as a friend. I have always been grateful for that.

British singer and actress Jane Birkin and her daughter Charlotte, she had with French singer and songwriter Serge Gainsbourg. (Photo by Jean-Louis Atlan/Sygma via Getty Images)

Fox News: You've had a successful career in music, film and modeling. However, many people still recognize you best for being the inspiration behind the Birkin bag. It's been said you came up with the idea of having a purse that can hold everything. But today, does it ever get frustrating for you?
Birkin: Not really. I remember I came to New York once and I had to say my name to someone. And they said, “Oh Birkin, like the bag?” My daughter Lou came over and they said, “Are you the daughter of the bag?” So I’m very aware of it all. And the bag has become very famous. But life goes on. I’ve released my memoirs. I’m now working with my daughter Charlotte on a documentary.

Given my beginnings, which were really quite fragile, just being just a pretty face coming from London, I'm amazed at how long I've lasted and what extraordinary children I have. The only thing that I pine for is my daughter Kate, and that's something one will never get over.

Fox News: What inspired you to pay tribute to Serge Gainsbourg with a show like this one?
Birkin: This idea came because after losing my daughter Kate [in 2013]. I didn't know what to do. And Philippe Lerichomme, who is my artistic director said, "Why don't you try and read Serge's words without the music?" So we started doing just that around the world.

Jane Birkin has been touring in honor of her late lover. (Photo by David Wolff  — Patrick/Redferns/Getty     )

I remember telling a journalist that Serge didn’t think his music was good enough sometimes and how he was influenced by classical music. And the journalist said, "Well, why don't you do it with a philharmonic orchestra?" I thought about it.

And it just started with two nights in Montreal… And then we were asked to go to Hong Kong, Jakarta, throughout the entire world. And I've been doing it now for nearly three years.

Fox News: Your daughter Charlotte was part of your New York City performance. What was that like, to sing with her?
Birkin: I’ve sung with her once in Monte Carlo… I’m very lucky because she’s a great artist in her own right.  She was kind enough to do a song with me.

Fox News: You must have many, but what's the one memory of Serge that's been vivid on your mind lately?
Birkin: I just think he would have been so delighted. He'd be delighted with Iggy Pop, who is a part of this performance here in New York City. He would be over the moon that his daughter Charlotte would be singing a song that he wrote for me. He would be so delighted to be in New York where a lot of his musicians from his last concerts came from.

The fun for me is to take him to places that he wasn't able to get to due to the lack of time, I just know that he'd be sitting there in tears in the audience. And that's what I remember about him — he was very like a teenager. He'd do things that were outrageous so that he got people mad and he liked doing that.

And then at the same time, he'd ask to be forgiven. Then he'd be in tears. He was the most emotional man I've ever known. That's what I remember fondly of him. It’s pretty fabulous to be singing his songs in New York with people who love him and yet may not have known him when he was alive. He’s gotten more and more famous as a composer, a writer. He’s a name that everyone mentions with such great respect. It’s strange and lovely.

Portrait of Jane Birkin, taken in the '60s. (Photo by REPORTERS ASSOCIES/Gamma-Rapho via Getty Images)