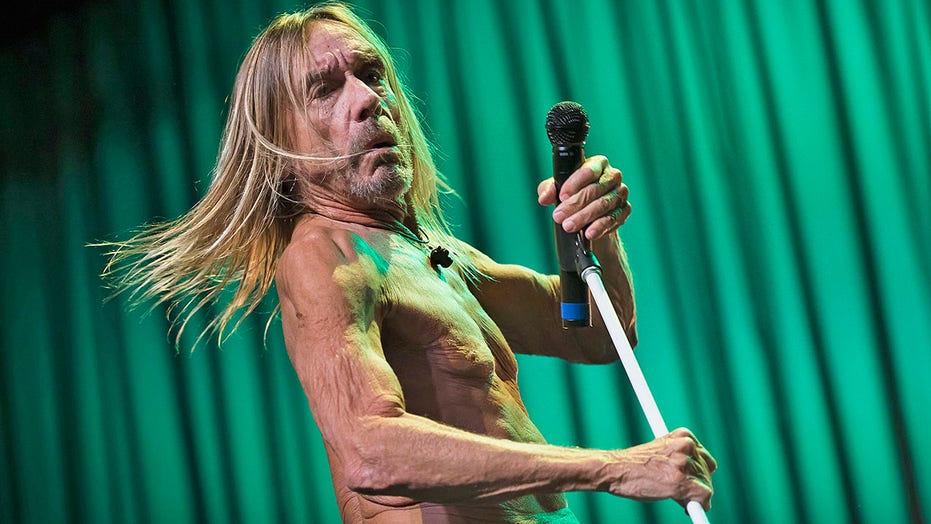 The former Stooges frontman, 72, is being honored on Sunday night with a Lifetime Achievement Award at the 2020 Grammy awards.

Iggy admitted he was "surprised" when he got the call from the Recording Academy because he has never received Grammy recognition over the course of his decades-long career.

“I said, ‘I’m not talking to them!’ It’s been, what? 50 years? No Grammy!” the two-time nominee told People magazine. “But they said, ‘You won.’ And I said, ‘Well, is there anything I have to do? Is it contingent on anything?’ And they said, ‘No. It can never be changed.’ So I thought that was okay. That was nice.”

He continued, "I suppose I kind of feel as if the Academy and I met halfway, something like that."

Iggy Pop said he was "surprised" when he got a call from the Recording Academy. (AP)

“It’s sort of like a problem has been eliminated, put it that way… These things have been happening in my career for the last 10 years or so.. At first it was almost grim. Like, ‘Okay, I got there, I got that. It doesn’t make Raw Power any better or any worse.’ But after a while I came to appreciate that every person has a point of view. It took me a long time to appreciate that a lot of people have points of view that are nothing like mine whatsoever, but I need to respect them. Whereas when I was 25, it was like, ‘Agree with me or death.’”

Iggy's -- real name James Osterberg Jr. -- creativity was honored in 2010 as well when he and his Stooges bandmates weres inducted into the Rock and Roll Hall of Fame.

The musician also talked about when he was starting out and confessed he never could have dreamed of this moment.

“I certainly never gave myself a moment to think, ‘This is never gonna happen for me,’” he said of being a young musician. “No. Hell no. I just kept chipping away at it, and it’s become satisfying. I’ve become satisfied about it.”

And as for his legacy, Iggy hopes his success inspired others: “’If he can do it, I can do it,’” he said of how he wants others to believe in their dreams. “That would be pretty much it. I would hope that it would encourage some little punk to have a whack.”