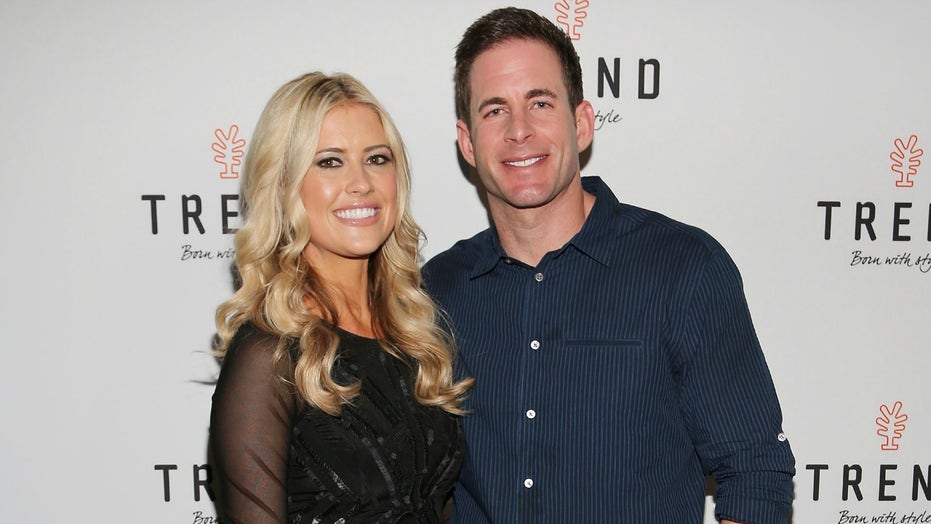 "Flip or Flop" fans can rejoice: the HGTV series has been renewed for another season.

The network announced on Thursday that the hit show, starring Christina Anstead and Tarek El Moussa, would be back in August 2020 for season nine.

The new set of episodes will mark the third time the former couple has filmed together since their 2016 split, according to People magazine.

As seen on 'Flip or Flop,' real estate partners, Christina Anstead and Tarek El Moussa, pose as they pick out tiles for the kitchen of this Yorba Linda, Calif. home which they are hoping to flip for a profit. (Courtesy of HGTV)

In a statement, Jane Latman, the president of HGTV, said: "Christina and Tarek’s relatable, personal journey attracts millions of viewers who now have a true emotional stake in their story and want to see more. Their story is real, compelling and filled with the hallmarks of HGTV hits -- family and unforgettable personalities with home-related expertise who are passionate about the work that turns houses into homes."

Anstead has since married TV presenter Ant Anstead with whom she shares a 3-month-old son, Hudson. Meanwhile, El Moussa has been dating luxury real estate agent Heather Rae Young, who is also featured on the Netflix series "Selling Sunset."

Still, the one thing that has remained super important to the former couple and business partners is their two little ones -- So much so, that Christina Anstead ultimately sold her Yorba Linda, Calif., home last year and moved to Newport Beach where she lives just "two blocks away" from El Moussa.

"So before that whole transferring the kids back-and-forth and doing the schools and the sports when we weren't living close together can be a little difficult," she explained to Fox News in May. "So living closer together is just so much easier for so many reasons. You know if you forget something in a backpack I can easily drop it off. Everything is just so local.

"It's just easier for everybody. Everybody is happier," she added.

On Tuesday, the pair reunited to support their daughter at her Christmas performance.

"Tay’s Christmas performance was sooo cute!! glad my dad got to come too ♥️ We all sit together- my family and Tarek’s family," the HGTV starlet wrote on Instagram.

She continued: "A couple people acknowledged how nice this is- I know there are a lot of divorced couples (including Tarek’s mom and dad) who do this too and it’s honestly easier for everyone. Plus Taylor’s face lights up when she sees us all in the same row supporting her."

For fans who can't wait to see El Moussa and Anstead again on the small screen, their own individual projects are set to launch before next summer, with season two of "Christina on the Coast" premiering on Jan. 2 and El Moussa's new original series, "Flipping 101 w/ Tarek El Moussa," set to air in early 2020.