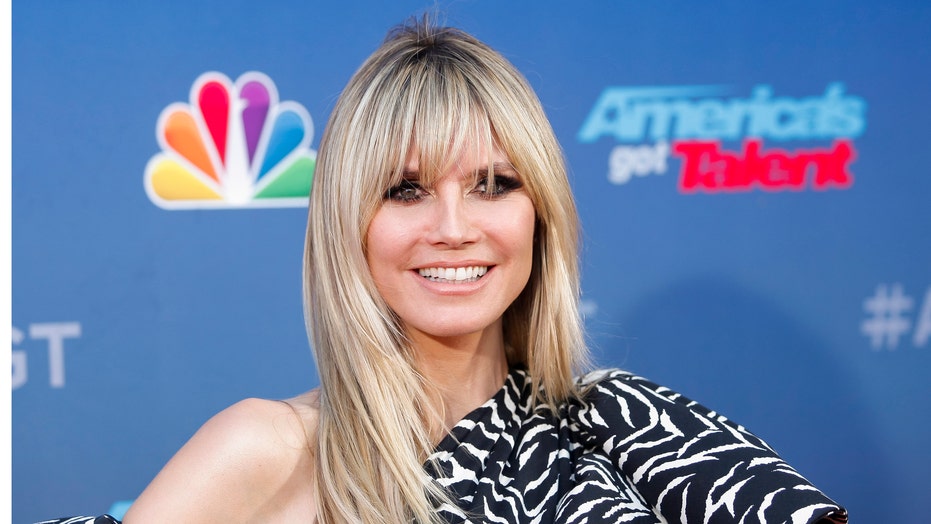 Heidi Klum is opening up in greater detail about her coronavirus scare.

The supermodel fell ill on the set of "America's Got Talent" in March, around the same time fears for the coronavirus pandemic began to surge around the globe.

The on-air judge admitted she felt "feverish" at the time as she social distanced from her husband, Tom Kaulitz, and struggled to get her hands on a test.

In a new interview, Klum looked back on the unsettling experience and explained how it all went down on set.

"When I fell ill, it was on March 10. I was experiencing fever and sore throat, so I told production and immediately the medic did my vitals and said, 'Yes, you have a fever,' and then I was dismissed," Klum told People.

"It felt strange to leave, but that was the right thing to do," she added. "I told them how I was feeling. They looked at me, checked me out and said, 'Yeah, go home.' Then I was asked to get tested ASAP so that I could go back to work because we didn't know that this was all unfolding the way it did. They were like, 'Okay, get tested as fast as you can.'"

Klum said it took a "really long time" to get tested because, to her surprise, there were no tests available. She added that she became bombarded with questions and concerns from people who had been in contact with her, as well as revealing which fellow "AGT" judge checked in on her daily.

"Howie probably called me every day. He's a sweetheart. He was like, 'How are you feeling today?' I was like, 'I still have a fever, Howie. What can I tell you?'" she said.

The model-turned-television-personality added that her AGT team feared she may have passed it to them before she ultimately tested negative.

"They were all eager, like, 'Do you have it?' Obviously people want to know because they were worried. They were with me the day before or the day before that. They were like, 'Oh my God, I ran into her three days before that, maybe I have it from her.' Then the whole hunt starts and people are scared," she says. "I couldn't tell anyone because I didn't know."

While her negative result likely brought relief, the blonde bombshell is still taking her health seriously by social distancing at home. Earlier this week, the 46-year-old turned heads when she posted a photo showing she was getting highlights by a hair stylist in her backyard.

The two were both wearing masks but Klum stunned fans by opting for a black lingerie set along with fishnet stockings and heels for the at-home appointment.