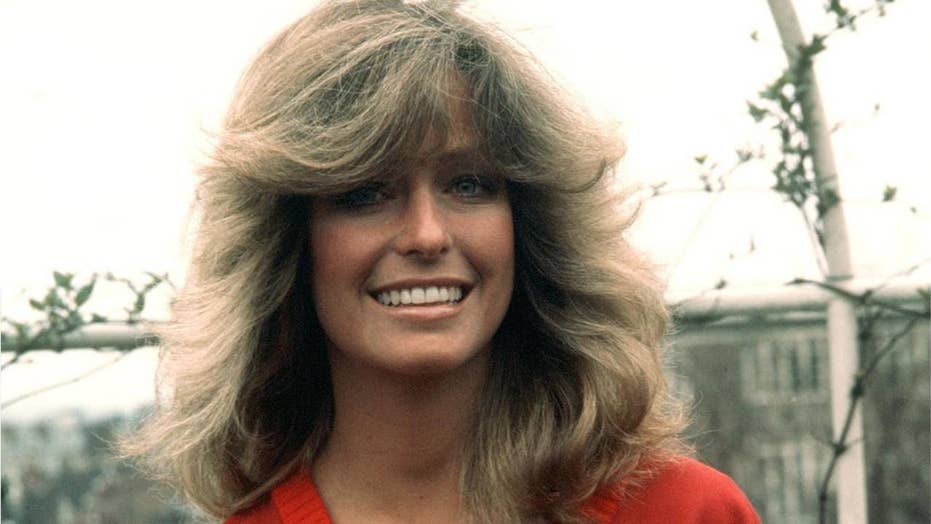 Alana Stewart dishes on Farrah Fawcett, describing her as a down to earth woman who loved her family.

As Farrah Fawcett lay dying from cancer, the one person who was on her mind was her only son, Redmond O’Neal.

“She was saying his name, ‘Redmond,’” her friend Mela Murphy, who was at her side at St. John’s Health Center in Los Angeles, told People magazine on Wednesday.

“That was the last thing she said,” confirmed Murphy.

Farrah Fawcett and her son Redmond arrive at the 2001 Espy Awards. (Photo by Chris Farina/Corbis via Getty Images)

“She never gave up,” said her “Charlie’s Angels” co-star Jaclyn Smith. “She was relentless in her fight.”

Redmond, now 34, is Fawcett’s son with her longtime love, actor Ryan O’Neal. According to People, at the time of Fawcett’s passing he had battled drug addiction and was in prison on drug charges, leaving his future uncertain.

“I told her I’d take care of him, that I’ll always be there for him,” said Murphy. “I said, ‘You can go now.’ It was just a few hours before she died.”

And Fawcett also thought of others. Not only did she make her cancer battle public, but she also chronicled her experience in the documentary “Farrah’s Story,” which she co-produced alongside her friend Alana Stewart. In 2007, she launched The Farrah Fawcett Foundation, which “funds HPV-related cancer research, prevention and education, and provides patient assistance for those in need.”

Murphy admitted she expected Fawcett to overcome her health woes.

“I always thought she was going to pull through,” she said. “Even after the chemotherapy was causing her hair to come out in clumps and she shaved her head, Farrah wanted to do a photo shoot completely bald. ‘Go for it,’ I told her. She looked so gorgeous with those high cheekbones. She had no reservations. She was about going forward.”

But there was laughter to be found at times in the middle of tragedy.

On the night before Fawcett died, Murphy said she and O’Neal were by the star’s side in the hospital, sharing memories and comforting her. When Fawcett could no longer drink fluids, Murphy snuck in a bottle of Kahlua.

“Kahlua and milk, that was our drink,” Murphy chuckled. “I was dipped a swab in it and gave it to her. She looked at me and laughed.”

Fawcett died the next morning. But before Fawcett passed away, she made one last request.

“The one thing she told me was she wanted her mother’s ashes in the coffin,” said Murphy.

“Her mother meant so much to her,” said Murphy. “So Ryan made sure they were brought over from Texas. That was Farrah. She always thought about the people she loved.”

Back in 2018, Smith told Fox News she still cherished fond memories of her time filming “Charlie’s Angels” alongside her friend.

“We had laughs, we had so many laughs,” said Smith. “Angels in chains, being chained together. Eating lunch together. It was an education and it was eye-opening because each girl was so unique with her own personality and style. And these are my friends today. That bond is what I really remember.