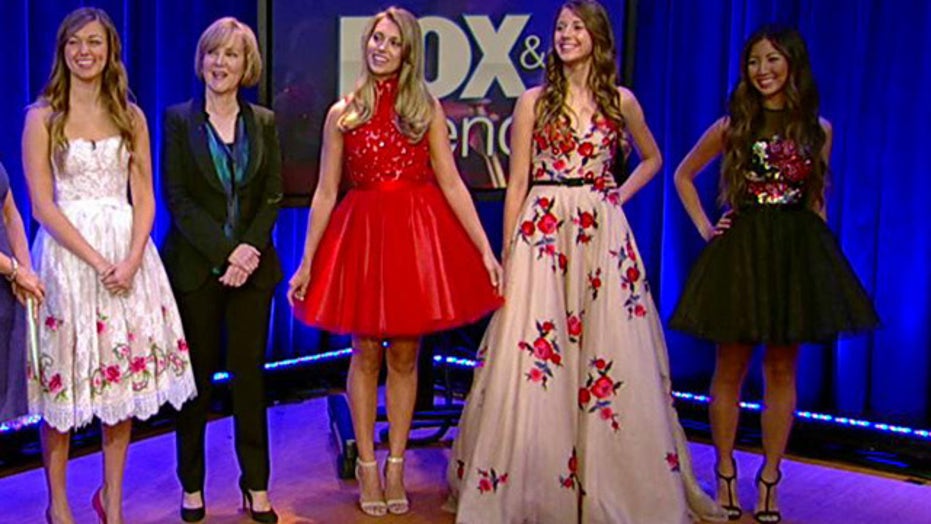 The hit reality show "Duck Dynasty" is all about family togetherness, so it was no surprise when the entire Robertson family came out to support Willie's daughter, Sadie, who was walking the runway in the Sherri Hill fashion show for New York Fashion Week.

FOX411 spoke to Willie and Sadie about how they balance family and fame. Willie explained that raising kids in the spotlight is no easy feat.

“It's tough. You know, the whole world is different now, so everyone knows who you are," he said. "It wasn't the way we were raised because we were raised really poor so nobody knew who we were. We'll put it in the Lord's hands so we'll see what happens.”

One thing is certain: Sadie is far departure from other celeb young-uns like Miley Cyrus.

“My family has been praying for her (Miley Cyrus') family," Sadie said."We feel very bad for her because we know how entertainment can get wrapped up in your head. We try to stay strong as a family. We just pray that their family comes back together.”

And while Miley maybe twerking up a storm, Sadie will not be jumping on the twerking bandwagon.

“I would never twerk in public," she said. "It is not modest to me but for the girls out there that do, it’s their decision.”

Still Sadie said she's enjoying her time in the spotlight: “It’s absolutely crazy for sure, but it gives opportunities like this, so it’s great.”

One of her dreams came true when fashion designer Hill asked her to not only be the celebrity spokesmodel for her line of prom dresses but also collaborate to create her own line. Of course, her father had final approval on the designs.

“Me and my mother and my grandma went to Sherri Hill’s place and we all picked out ‘daddy approved length," Sadie said. "She also added a couple inches to some that we loved but weren’t modest."

The Duck Dynasty dad may have chosen to stay in the family duck call business, but he encourages his daughter to pursue her own goals.

“Sadie can do whatever she wants to do.  She's got a bunch of opportunities right now with the business but we'll see," he said. "I don't want to be them in a slot. I just want them to do whatever they want.”

Still a teenager, Sadie is unsure of what her future may hold. “I don’t know. That’s a great question. I still have three more years of high school so I have a long time to think about it.”

Check out Sadie's fashions in the video above from her appearance on "Fox & Friends".