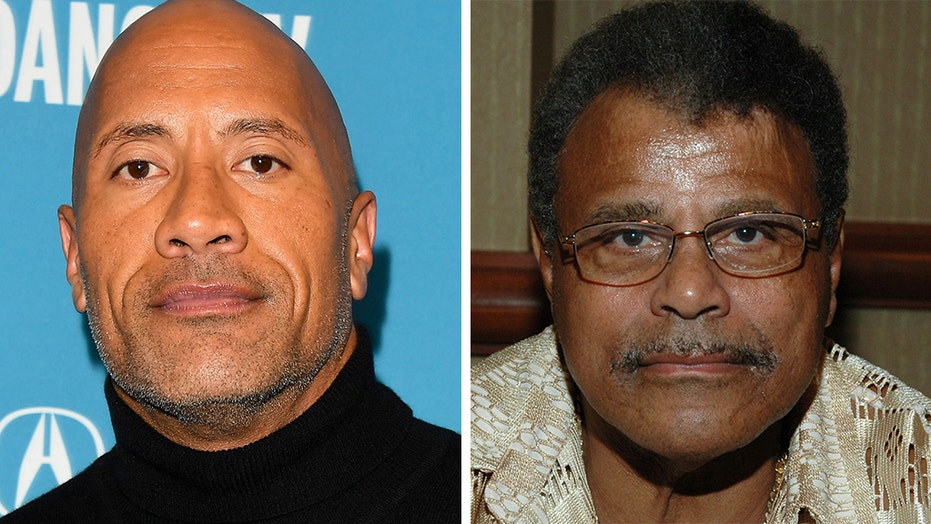 Rocky "Soul Man" Johnson, former WWE star and father to Dwayne "The Rock" Johnson, has died at the age of 75.

The WWE confirmed the tragic news on Wednesday.

"WWE is saddened to learn that Rocky “Soul Man” Johnson (born Wayde Douglas Bowles), a WWE Hall of Famer, former World Tag Team Champion, and father of Dwayne 'The Rock' Johnson, has passed away at age 75," the organization said.

The statement detailed Rocky's career, which began in the mid-1960s, leading him to the WWE in 1983 before his 1991 retirement.

Dwayne "The Rock" Johnson (C) and his mom and dad at the hand/footprint ceremony honoring him in 2015. (Photo by Michael Tran/FilmMagic) (Getty)

"The physically imposing and wildly charismatic Johnson had several memorable rivalries with the likes of Greg 'The Hammer' Valentine, Don Muraco and Adrian Adonis," read the statement. "He found his greatest success when he teamed up with Tony Atlas as The Soul Patrol. The two men became the first African-American World Tag Team Champions in WWE history when they defeated The Wild Samoans on Dec. 10, 1983."

After having a hand in training his son, Johnson was inducted into the WWE Hall of Fame in 2008.

The statement said that Johnson "will be forever enshrined as one of sports-entertainment’s most influential performers."