Speaking outside of their Honolulu home, the reality star, whose real name is Duane “Dog” Chapman, said their family is trying to celebrate her life but they are mourning her death, according to The Blast. Beth Chapman, 51, lost her nearly two-year battle with throat cancer this week.

Beth "knew this day would come," he said but added it was still sooner than their family expected, according to Yahoo.

Chapman thanked fans for their condolences and asked that well-wishers send flowers instead of cash. "We don't need any money at all," he said. 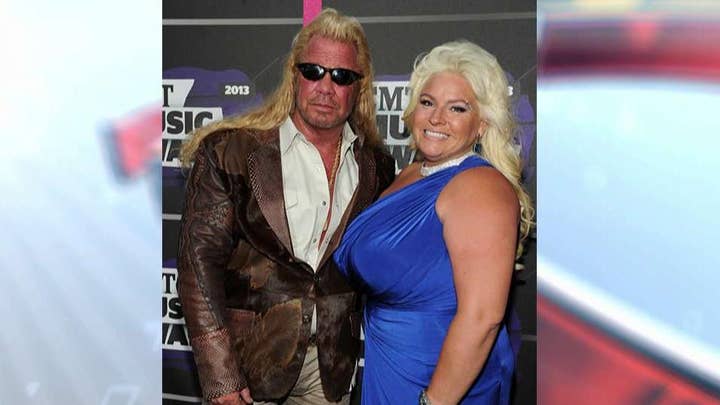 Fans have been leaving flowers at a makeshift memorial with Beth’s photo in front of their Honolulu house and on her “MRSDOG” car.

Chapman lightened the mood a little, saying he was happy that Beth was trending first on Twitter. He also laughed that she was "somewhat of a control person," who left him notes around the house. "I loved her so much," he added.

The family will have two funerals for Beth – one in Hawaii and one in Colorado where she was from, Yahoo reported.