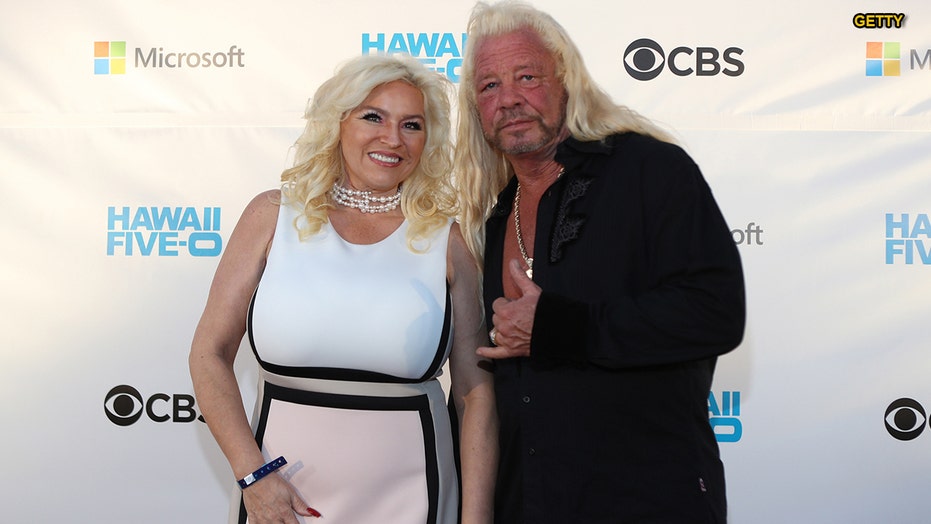 Duane ‘Dog the Bounty Hunter’ Chapman discusses the last bond Beth ever wrote and gives an update on how he’s doing.

LOS ANGELES – Eight months after the death of his wife Beth, Duane "Dog the Bounty Hunter" Chapman is getting back to what he does best: hunting down bad guys -- and this time around, it's for his late spouse.

Chapman, 67, spoke to Fox News about the latest bond he's working on, which is not only the biggest bond Dog has had since his 2003 capture of convicted rapist Andrew Luster, but it's also the last one Beth ever wrote.

"The bail they've set for him right now is $1.5 million," Chapman said of Kameron Lawhead, whom Beth initially wrote a bond for, but the amount has since been increased by a judge. 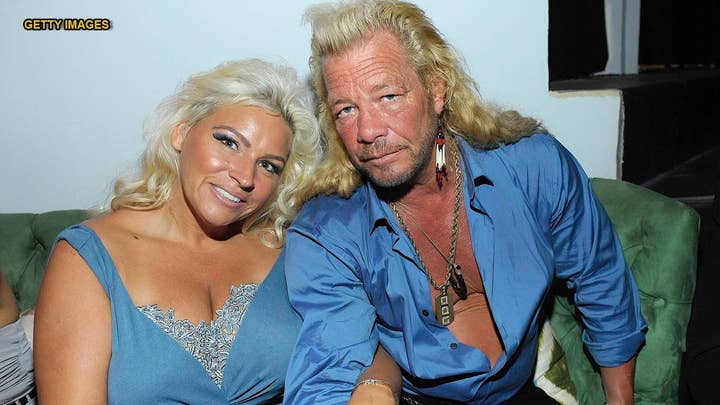 "He has vowed not to go back to jail," Chapman added. "You know, he wants to hold court in the street. And so we have the anvil and we're ready."

With it being the final bond Beth wrote, Chapman said that this one is for her.

"My tears have turned to blood," Dog said.

"I'm still going to mourn for the rest of my life. But now it's time to separate the men from the boys," he continued. "So I brought my men with me, my son and my two brothers. And this guy has a very serious problem once we catch him."

DOG THE BOUNTY HUNTER, BETH CHAPMAN ONLY SPENT 1 WEEK APART IN 30 YEARS WHEN STAR WAS JAILED IN MEXICO 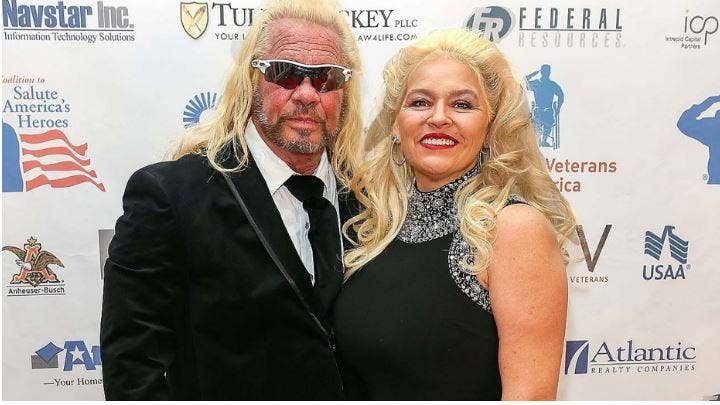 When asked if it's been difficult for him to remain just as determined without Beth, who starred alongside Dog on the A&E series for the show's nearly 8-year run, Chapman admitted he wishes she was here by his side.

"She was the glue that held our family together."

DUANE 'DOG' CHAPMAN HONORS LATE WIFE BETH ON HER BIRTHDAY: 'THERE WILL NEVER BE ANOTHER LIKE YOU'

"Of course, I'd rather have her here next to me and by my side, but she kind of is," he said of Beth, who died at the age of 51 in June 2019 following a battle with cancer.

But if she were here today, Chapman says that Beth would tell him this one line: "She'd say, 'Big Daddy, don't come home without him.'"

And although the family would do anything to have Beth back in their lives, Chapman said that his wife's passing has brought the family closer.

"I'm never on my own because my brothers, my family, my daughters, they're all with me. And I think we've gotten, if this is not bad to say, but closer, we're a closer-knitted family," Chapman shared.

He continued: "My brother said we have an angel drone in the air. So this [bond] is special. This one is so special. And you know this could be the beginning of [Lawhead's] end."

When it comes to how he's doing, Chapman admits that sometimes it just doesn't feel real that his wife of 13 years is gone.

"I guess I'm okay," he said. "You know, there are days when you just can't believe it. It's been eight months now. The worst thing about it is, it seems like it was yesterday. So allegedly, 'time heals all wounds,' but I don't know if time heals that big of a wound, that big of a cut."

Asked what he misses the most about his love -- with whom he had a romance that spanned over several decades -- Chapman said that "she was the glue that held our family together."

'DOG THE BOUNTY HUNTER' CHAPMAN WON'T REMARRY, SAYS DAUGHTER: 'THEIR LOVE WAS ONE OF A KIND'

"I thought I was," he confessed. "So all of our family, all my family went in different directions all of a sudden when she was gone. They're coming back to the fold now."

"So I miss her yelling at us," Chapman added with a laugh. "And her encouragement. But we have something to prove now. You know, we are the best in the world when it comes to catching fugitives. Over 8,000 we have put away behind bars and in the bucket, so this one here is, you know, the beginning of my new life, and it's just incredible."

In 2004, “Dog the Bounty Hunter” originally premiered on A&E, launching the couple into reality TV stardom.

After several years together building their bail and bounty business, Duane proposed to Beth in 2005 in Las Vegas, where they almost tied the knot but were too late to the courthouse. They ended up marrying in May 2006, but the wedding was bittersweet: The day before their big day, Duane's daughter, Barbara Katy Chapman, died in a car accident near her Alaska home.

Today, Chapman doesn't take the relationship he has with his family for granted and despite any public feuds -- including when his daughter Lyssa tore into family friend Moon Angell in response to a report that the two were dating -- Dog said that families just have disagreements from time to time.

"We have a calling from God and we are doing what we're supposed to do: catch the bad guys."

He continued: "So they're, you know, starting to come back and stuff. Families argue, that's what it's all about. I mean, if you have a family that never argues [...] I don't know if that's not an American family. So the getting back together and the blessings at dinner and the prayers at night and all that mean a lot much more to all of us than it ever has."

As for how much longer he'll be catching bad guys for? "Well, I figure three to four more years because the very best we'll save for last," Chapman said.

"I can almost read their minds now," he admitted. "I'm a lot better than I was 40 years ago [...] We are the greatest bounty hunting team there has ever been. We outdid Eliot Ness. We outdid Billy the Kid. We outdid all those old Western things. And this is a wild, wild business.

"And, you know, we're saddened right now, but the joy is when we get the guy, cuff him, get him in the car, maybe give him a cigarette, talk about things. And it just brings you back to reality that we have a calling from God and we are doing what we're supposed to do: catch the bad guys," Chapman added.