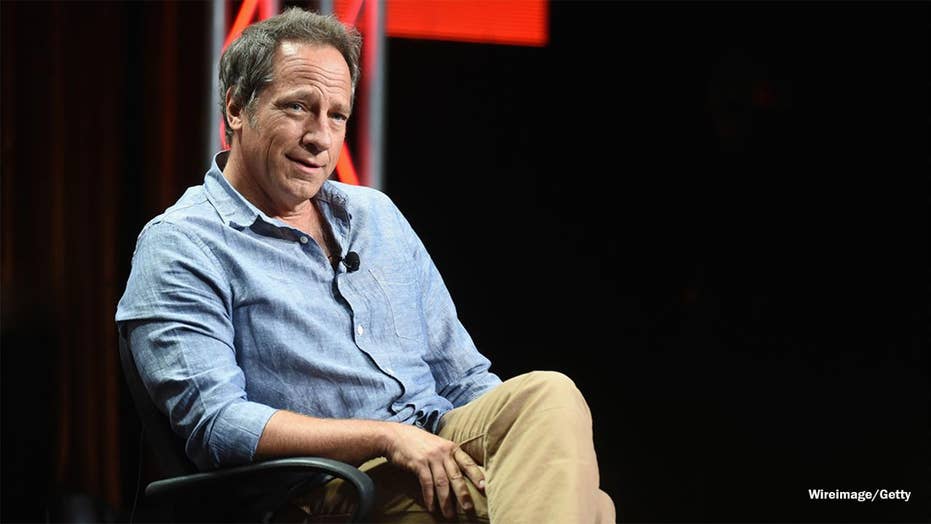 'Dirty Jobs' star Mike Rowe recalls living in a haunted mansion with a 'friendly ghost' for free. The TV star also dishes on his new book, titled 'The Way I Heard It.'

Mike Rowe didn’t hesitate to live in a mansion for free — even if it meant his roommate would be a ghost.

In a new book titled “The Way I Heard It,” the former “Dirty Jobs” star recalled his “strange” time living in a haunted home, his late-night gig working for QVC, where he sold everything from Christmas dolls to cat toys, as well as how his membership in a barbershop quartet led to show business.

The book, a combination of a memoir, comical observations and surprising revelations, gives a new glimpse into the 57-year-old’s life and the many adventures he encountered along the way where he didn’t mind getting his hands dirty.

Rowe spoke to Fox News about moving into a spooky mansion on Halloween, his days at QVC, how we can thank our veterans and the possibility of a “Dirty Jobs” reboot.

Mike Rowe has penned a new book titled, 'The Way I Heard It.' (Michael Buckner/WireImage)

Fox News: You lived in a mansion for free at one point. How did you manage that?
Mike Rowe: Just lucky and weird. I was working for the QVC cable shopping channel in 1992 selling... strange devices in the middle of the night to a large, narcoleptic, interesting audience. And I needed a place to live. I had rented a small room from a guy who, as it turns out, didn't actually own the building I was living in. So I was suddenly homeless.

I answered an ad in the paper for a caretaker on a country estate, but the word caretaker was in quotes, which intrigued me. So I made a few calls, and long story short, a woman had inherited this giant mansion in the middle of a beautiful country estate, rolling hills, the whole thing, 300 acres.

And she was afraid to move into it because she believed the ghost of her father haunted the grounds. And so she hired me to live there instead of her for a while to see if I could work things out with the ghost. I said, "Sure." So I moved into this house. It was called Georgia Farm... Moved in on Halloween in fact, 1991. It was a strange time. Living in a haunted house by day and selling Hummels by night on QVC. Weird.

Fox News: How was the ghost?
Rowe: Let’s just say it was a friendly ghost. And over the course of the year, the two of us came to an understanding and I wound up living pretty comfortably on this estate. It was funny. People had no idea who I really was. I had just started working there and just moved up there and suddenly I'm occupying this incredible Gothic house, living there alone ostensibly. And yeah, looking back, it was a pretty good time. A weird time, but a good time.

Mike Rowe of the television series 'Dirty Jobs' talks with fan Lori Shepard of the Senate Intelligence Committee, before an event to kick of American Equipment Manufacturers (AEM) advocacy campaign 'I Make America,' held at the Reserve Officers Association. The campaign is a national grassroots effort to strengthen American manufacturing jobs in the U.S. to improve the economy and global competitiveness. (Michael Buckner/WireImage)

Fox News: What were some of the strangest things you tried to sell on television late at night?
Rowe: Well, there's no training program on QVC. Back in those days, anyway, if you could talk about a pencil for eight minutes, you were hired and put on a three-month probationary trial and you worked in the middle of the night. Usually from 3:00 to 6:00 AM and you tried to sell whatever they brought you. Sometimes it could be an electronic mosquito repeller or the Health Team Infrared Pain Reliever or the Amcor Negative Ion Generator or maybe some fake diamonds or maybe a collectible doll.

I mean all of it, and I remember, I think the first thing they brought me was the Health Team Infrared Pain Reliever. It was this weird — it looked like a flashlight and it emitted infrared light. I didn't know what it was, or how it worked, or if it was even real. I basically looked into the camera and said, "Hi America, I'm Mike. This is my first night here. I don't know what this thing is. If you do, call the number on the screen, the producer will put you through and maybe you can explain it to me." And people started calling and literally I sat there for three hours as fans of QVC sold the products for me. It was very strange.

Fox News: Your parents have been married for 58 years. What’s their secret?
Mike Rowe: I think their secret is they're not afraid to lie to their children from time to time. They always have... [But] they are devoted to each other, first and foremost.

Everybody else is just a planet in their solar system, spinning around. They're still in love. They still give each other all kinds of stuff, you know, they don't take any crap from each other, but they are hopelessly devoted and supportive. And yeah, honestly they set the bar so high, I never got married. I was afraid I couldn't hold a candle to their example.

Fox News: Based on your personal experiences with veterans, how can we honor them beyond just shaking their hand and saying thank you? How can we do more?
Rowe: You know, I wouldn't minimize shaking their hand and thanking them simply because that's something that everybody can do. You know, to each his own. I see a vet in uniform having a meal or drinking a beer in the airport and when I can, I pick up the tab and I know they appreciate that.

I think being mindful of what's going on right now with veteran suicide is important. We're still looking at 20, 21 a day. It's a scandal, you know, and I'm not sure what we're going to do about it. But on my Facebook show, every third or fourth episode, we feature somebody who's working on an alternative way to help mitigate all of the suicide. It's a huge issue and something that I just think we need to talk about more and more and keep the awareness very high. We need to let them know we give it to them and we need to make sure the resources are available to anybody who wants to seek help. I think that's the most important thing.

Fox News: What has "Dirty Jobs" taught you about America and its people?
Mike Rowe: "Dirty Jobs," I believe, is so full of lessons. But the big one is that we're more united than you think. We're held together in a lot of ways by people who are often out of sight, sewer inspectors, linemen. You know, I live in Northern California, we just had our power out for four days. When you realize that the only way you're going to get back on the grid, is through hard work of a series of individuals who are willing to do that work around the clock, you can't help but feel an appreciation for them.

I also learned from that show that we're in charge of how we define what a good job means these days. And so, you know, the country's having a big conversation about the nature of work and the cost of education and a widening skills gap and a crumbling infrastructure. "Dirty Jobs" wasn't really about any of those big things, but all those ideas ran through it.

And so when I look back on that show, and when I consider rebooting it, which we're talking about right now, I do think it would make sense because, in a lot of ways, it reconnected the country through themes of hard work and good humor.

Fox News: I’m sure many of our readers would be thrilled to hear of a possible reboot in the works.
Rowe: There are rumors and if it happens I might even buy a new shirt because I just realized I'm wearing the same exact one I did on the cover of the book. So that'd be a big day for me too.

Fox News: What inspired your book “The Way I Heard It”?
Rowe: Well, a couple of things. I guess primarily an old broadcaster named Paul Harvey who used to write these short biographical mysteries about famous people. I used to listen to his show all the time. It was called "The Rest of the Story." My podcast is called "The Way I Heard It," and it's very similar. The book is a collection of a few dozen of those stories, interspersed or may be interrupted by a memoir.

In the first chapter, I tell you about a famous person that you know. You get to guess and try and figure out who it is, and then I tell you a true story from my own misspent career that in some way rhymes with that person's life. That's how the book goes--35 chapters, a little mystery, a little memoir, a little biography, a little autobiography.