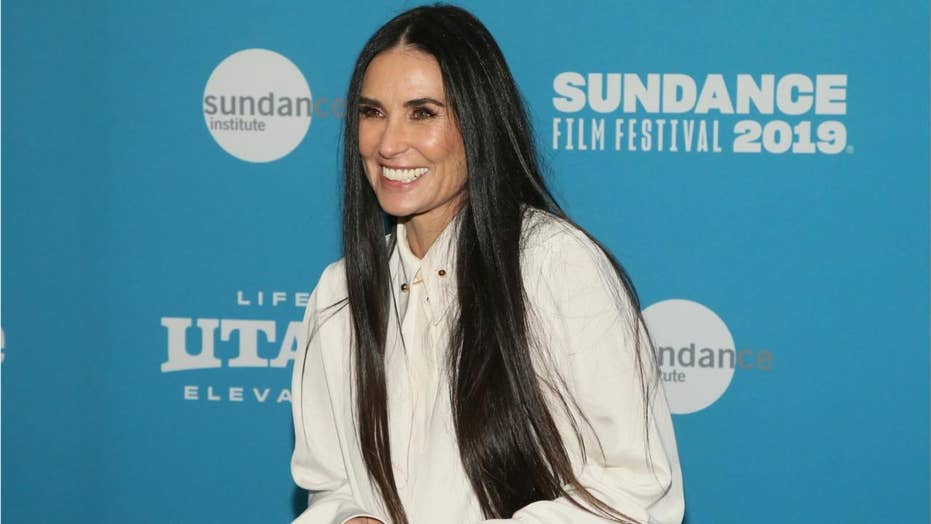 Demi Moore stripped down in more ways than one for the October 2019 issue of Harper's Bazaar.

The "Striptease" star posed totally nude for the cover except for a hot pink Lynn Paid hat and a Van Cleef & Arpels diamond bracelet — and she also unveiled secrets about her personal life.

The actress, who married Ashton Kutcher when she was 42 to his 27 in 2005, revealed that she suffered a miscarriage around the time she was being criticized for being a "grandma" bride to the "That '70s Show" star. The couple finalized their divorce in 2013.

However, like other obstacles she's faced, Moore, now 56, stared it all down privately and with a steely reserve.

“I have zero interest in being a victim,” she told the magazine.

Moore explained of her mentality in general that she believes everything happens for a reason, even tragedies like losing a child, or trials like her amicable divorce from ex-husband Bruce Willis and the beatings she's taken in the press.

“Everything that occurs in our individual lives informs us. Shifting, molding, presenting the opportunities for the exact purpose to get us where we are in the present time. Whatever that may be,” she said.“All the projecting of who they think I am [were] the very things that were pushing me out of two elements: my comfort zone, and my control. [They were] trying to get me to let go and really be who I am. And I don’t think that I knew how to do that.”

Everyone was so shocked when Demi Moore and Ashton Kutcher hooked up that most assumed it was an elaborate stunt designed to "Punk" us all. Things didn't work out between the pair. Kutcher is now married to Mila Kunis. (AP)

Not knowing who she really was — or simply not being able to embrace it yet — was a factor in her falling off the wagon in her battle for sobriety during her 40s. She's since recovered and gained insight into what may have led to her briefly succumbing to her demons. It's also part of what inspired her upcoming memoir, "Inside Out."

Moore went to rehab in the mid-1980s for drug and alcohol addiction and was hospitalized in January 2012 after collapsing in her Los Angeles home, People reported. She later sought treatment for exhaustion and to “improve her overall health.”

“In retrospect, what I realized is that when I opened the door [again], it was just giving my power away,” she admitted. “I guess I would think of it like this: It was really important to me to have natural childbirth because I didn’t want to miss a moment. And with that I experienced pain. So part of being sober is, I don’t want to miss a moment of life, of that texture, even if that means being in—some pain.”

“As a woman, a mother, and a wife, there are certain values and vows that I hold sacred, and it is in this spirit that I have chosen to move forward with my life ... My daughters offered me an opportunity to start to change the generational pattern. To be able to break the cycles.”

Now, Moore, ever maternal — she felt her interviewer Lena Dunham's head for a fever, and even brought her gifts — feels better than she did in 1991 when she posed nude for the first time on the cover of Vanity Fair. That 1991 story was less than flattering, often deferring to her then-marriage to "Die Hard" star Willis.