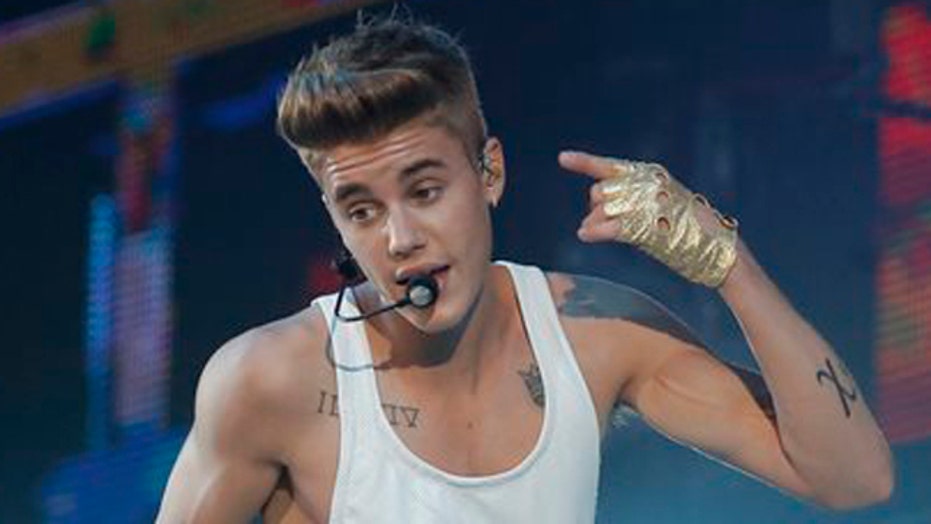 LOS ANGELES – Los Angeles County law enforcement descended upon the Calabasas home of Justin Bieber on Tuesday morning with a search warrant to investigate an alleged egg-throwing incident, sending in not one, not two, but a reported 11 patrol cars.

According to some legal experts the fanfare was an “embarrassing” financial waste.

“Cops are going to extraordinarily lengths to try to prove what is a relatively minor crime. Rest assured if the average person has their house egged, cops will not respond with the felony warrants and a battering ram," California-based criminal defense attorney David Wohl told FOX411. "This is a frankly embarrassing response by cops who appear to be hell bent on finally making something stick to this Teflon pop star.”

“Justin Bieber is not a hard-nose criminal or accused of having a dangerous weapon. Thus, the 11 cops were all for the cameras,” he said. “It is hard to estimate how much (the raid cost the tax payer) but the search warrant means a criminal investigation has been opened up by the Sheriff’s department, a detective was used to obtain a search warrant, a judge had to sign off on the search warrant, etc. I would expect this could be $15,000 to $25,000 expenditure just based on the number of cops involved.”

However, Lt. Thompson of the County Sheriff’s Department insisted during a press conference Tuesday that Bieber was not given special treatment.

“We didn’t do this search warrant to send a message, that’s not what we do,” he said, before offering this message. “But we hope maybe understanding the gravity of this will change some of the behavior.”

An insider within the L.A County Police Department defended the tactical decision, saying the extra manpower was necessary to ensure the raid went ahead as planned with the expected attending media scrutiny.

“They also would have wanted a significant number of witnesses and sets of eyes because it is such a high-profile case,” explained the source. “Having at least 11 is better than just one or two… Basically, it was protecting the city’s butt.”

As it stands, the raid netted Bieber's best friend, rapper Lil Za, who was arrested for narcotics possession. Officers said Bieber was "not connected" to the illicit drug bust.

The pop prince had numerous run-ins with neighbors in his ritzy gated community, accused of throwing all night parties and driving at dangerous speeds through the residential streets.

“Can we be surprised by Bieber’s bad behavior? He is a 19-year-old kid, with millions of dollars, fame and no parental supervision. This is a recipe for disaster,” noted L.A-based lawyer, Anahita Sedaghatfar. “As we have seen, he has never suffered consequences for his bad behavior and this is why it is escalating. We have seen this pattern with countless child stars.”

A rep for Bieber did not respond to a request for comment.