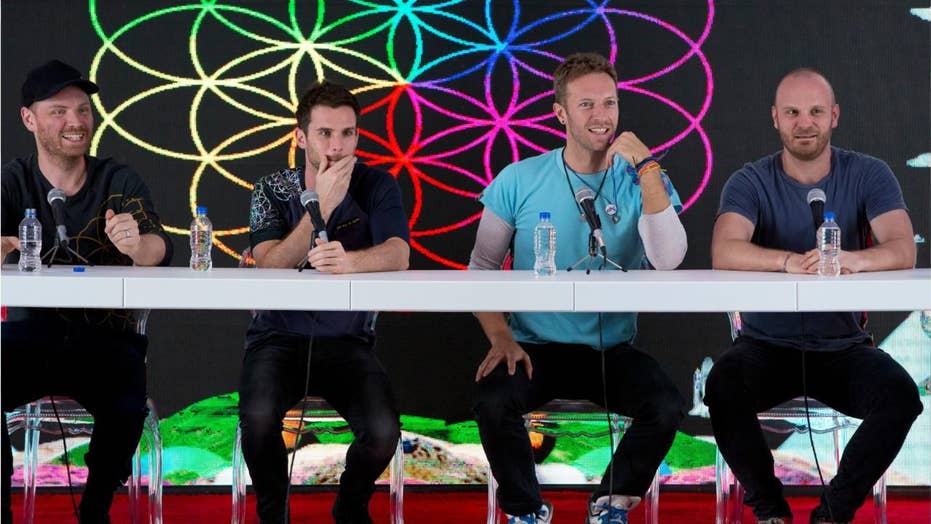 Coldplay is refusing to tour because band members feel their shows and travel plans would not have a positive impact on the environment. In promotion of their new album 'Everyday Life,' the band has opted to perform two shows in Jordan at sunrise and sunset instead of traveling the world once more.

Coldplay is refusing to tour for environmental reasons.

Coldplay vocalist Chris Martin said in a new interview that the British band decided not to tour this year because they want to “have a positive impact” on the environment before moving forward.

“We’re not touring this album,” Martin told the BBC in reference to their newest album, "Everyday Life."

Coldplay last traveled the world in 2016 and 2017 during the "A Head Full of Dreams" tour. On the tour, the band performed 122 shows across five continents.

"Our next tour will be the best possible version of a tour like that environmentally," Martin further noted. "We would be disappointed if it's not carbon neutral.”

"The hardest thing is the flying side of things. But, for example, our dream is to have a show with no single use plastic, to have it largely solar-powered,” the singer continued.

"We've done a lot of big tours at this point. How do we turn it around so it's not so much taking as giving?"

In promotion of their new album, the band has opted to perform two shows in Jordan at sunrise and sunset instead of traveling the world once more.

"If you've had the privilege of traveling around the world, you know we're all from the same place," said Martin. "In a very gentle British way, this record is us saying we don't feel different from any human on Earth."

The band will also perform a one-off concert at the Natural History Museum in London on Nov. 25. Proceeds will be donated to an environmental charity.