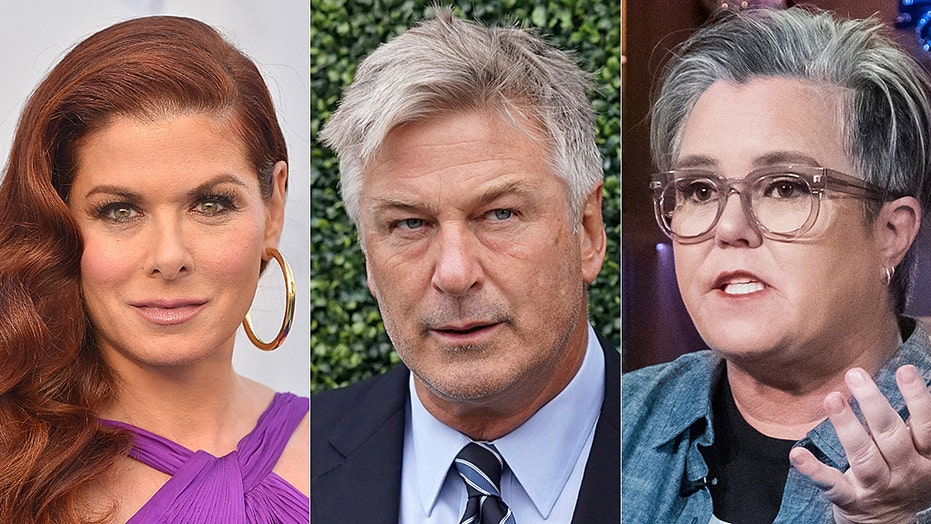 After ordering an airstrike that killed Iranian Gen. Qassem Soleimani in Iraq, President Trump says the general should have been taken out many years ago; Kevin Corke reports from West Palm Beach, Florida.

Hollywood's most outspoken stars are labeling President Donald Trump a threat to America and calling on citizens to prepare for war following Friday's airstrike killing of Iran's top general.

The Pentagon confirmed Thursday evening that Trump had ordered the attack that killed Iranian Gen. Qassem Soleimani. The commander was responsible for the deaths of hundreds of American and coalition members and the wounding of thousands more, the U.S. State Department said.

Many of Trump's most well-known critics shared their outrage in a number of tweets, in some cases comparing the president to Hitler.

Debra Messing unloaded her fears in a tweet just hours after news of the airstrike broke. The "Will & Grace" star dug up an old tweet from 2012 written by Trump that read, "Now that Obama's poll numbers are in tailspin - watch for him to launch a strike in Libya or Iran. He is desperate."

"THERE IS A TWEET FOR EVERYTHING. #TrumpIsANationalSecurityThreat," Messing wrote.

Rob Reiner voiced grave concern for the safety of Americans, claiming that Trump cannot be trusted.

"What a horrible feeling. Having a Commander-In-Chief who you know is a Pathological Liar trying to justify striking the heart of Iran's military," he wrote.

Alec Baldwin, known for his impersonations of Trump on "Saturday Night Live," theorized Trump used the airstrike to distract from his current impeachment scandal in a post sent from him and wife Hilaria's HAB Foundation.

"Start a war to eclipse an impeachment?" he wrote.

Actor John Leguizamo referred to Trump as a "puppet" as he voiced similar views as Baldwin.

"This is what putin wants! Chaos in the world! Trump is his puppet but this helps forget about his impeachment!!" the actor tweeted.

Even before Soleimani's takedown, director Ron Howard held nothing back earlier in the week as he fielded questions from his followers about his political views. One fan questioned why celebrities applaud Obama's "smallest of achievements" while meeting Trump with "only" negativity.

"In the entertainment industry many who have known/worked w/ Trump think that while his reality show was fun and ran a long time, he's a self-serving, dishonest, morally bankrupt ego maniac who doesn't care about anything or anyone but his Fame & bank account & is hustling the US," Howard roared back.

Comedian Rob Delaney opened up about the dark future of war.

">80 million people live in Iran. I know many wonderful people from Iran. I don't want 20 yr olds from Indiana to go there & kill civilians & kids & then get killed themselves. Imperial war is the darkest evil," Delaney wrote.

Meanwhile, a bevy of other celebrities doubled down on warnings to prepare for a fight.

Actor Don Cheadle poked fun at Trump in a series of tweets beginning late Thursday, with one even mocking the president's star on the Hollywood Walk of Fame in Los Angeles.

"Hello fellow Americans. Do you know this man? Did you know he was your enemy? What? Never heard of him? By the end of today you will be trained to hate him. You will be glad Trump had him assassinated. You will do as you are told. Get ready to send your sons &daughters off 2 war," filmmaker Michael Moore added.

"OUR NATIONAL SECURITY IS IN SERIOUS DANGER. WE DON'T TWEET OUT THINGS THAT PUT OUR TROOPS IN DANGER! GET THE TRUMPS OUT! VOTE EVERY REPUBLICAN ENABLER," she said in response to a tweet that has since been deleted.

Vocal Trump naysayer Rose McGowan caused a stir on social media as well on Friday, with the hashtag #MoveToIran trending as a result of the controversial actress' bashing of America.

Hours prior, John Cusack also took to Twitter to voice his disgust, claiming that he believed Trump was in "full fascist 101 mode" and accusing the president of stealing and lying.

The airstrike killing left President of Hassan Rouhani praising Soleimani on Friday and issued a stark warning for the United States by promising to "take revenge for this heinous crime."

The U.S. State Department has urged all U.S. citizens to "depart Iraq immediately."