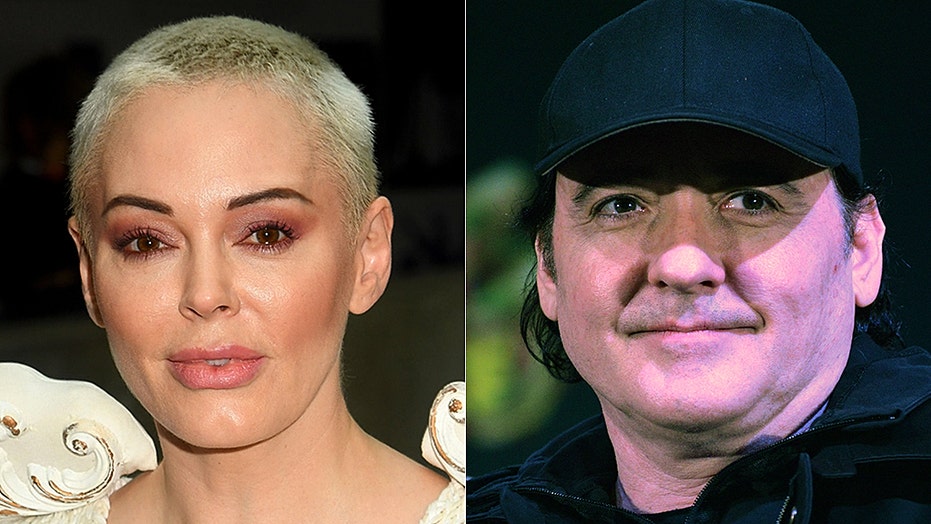 McGowan, 46, known for regularly making lewd remarks against Trump on social media, sent out her own series of tweets early Friday attacking the United States and leaving some followers questioning her sanity.

The Pentagon confirmed Thursday evening that Trump had ordered the attack that killed Iranian Gen. Qassem Soleimani. The top military commander was responsible for the deaths of hundreds of American and coalition members and the wounding of thousands more, the U.S. State Department said.

McGowan's followers accused the actress of doing drugs and pleaded with her to take down the tweet or delete her account as a whole. McGowan responded to the outcry with another slew of verbal attacks against America and Trump.

"Thanks a lot, d--khead," McGowan wrote to Trump in another tweet.

While the actress pointed out that Soleimani was an "evil, evil man," she continued to argue that the United States has no morals.

"Of course #Soleimani was an evil evil man who did evil evil things. But that at this moment is not the f--king point. The United States is morally corrupt and acts illegally. It is only logical to appeal to Iran’s pride by apologizing. I’m taking one for the team. #TeamStayAlive," she continued.

McGowan was labeled a "traitor" as others outraged by her rant instructed her to "move out of the US!"

On early Friday, President of Iran Hassan Rouhani promised to "take revenge for this heinous crime," leading to the U.S. State Department to urge all U.S. citizens to "depart Iraq immediately."