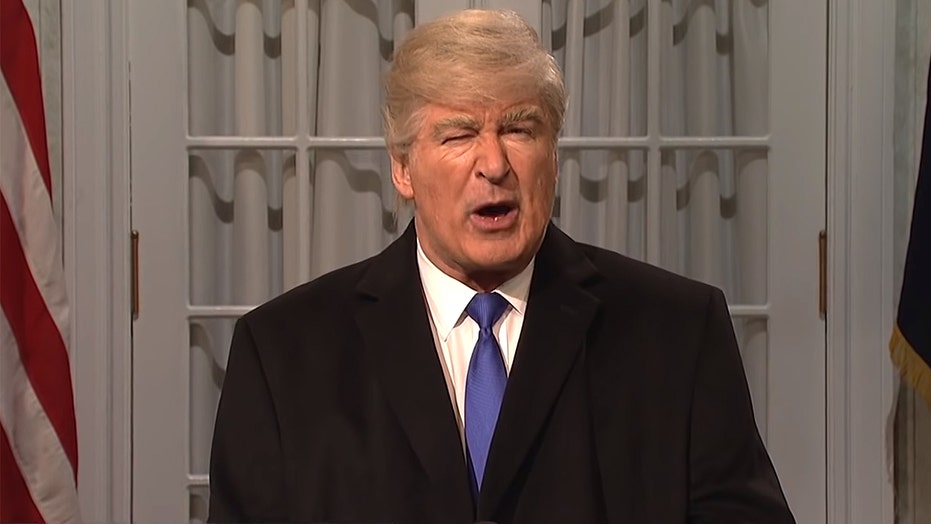 Alec Baldwin has a lot on his Christmas list but well wishes for President Trump is not one of them.

Baldwin, known for his impersonations of Trump on “Saturday Night Live,” took to Twitter to address what he wants this Christmas.

“My Christmas wishes are as follows: Peace/love (Ringo style) 2 all of my loved 1s + beyond; the Dem nom makes Climate Change number 1 priority; Patrick Mahomes and KC win it all; I hope some of the BBQ sauce in Trump’s hair slides off, he trips and falls and can’t run.”

Baldwin’s anti-Trump rhetoric has been a mainstay in his shtick ever since Trump rose to power. In early December, he took to Twitter to rally fans into impeaching the president.

“Many of you may have seen me play the President on 'Saturday Night Live,' but I’m here to say protecting our democracy is no laughing matter.   Show up to nationwide protests happening the day before the House impeachment vote,” he wrote in the Dec. 11 tweet.

Despite being known for his Trump impersonations, the 61-year-old actor previously said he was “so done” with playing the role after taking up the mantle of the sketch series’ go-to presidential impersonator in the 2016-2017 season.

“I think every time I did Trump after the first season — the first season everybody was high, they were in a lot of pain, they were confused,” he explained in the Season 3 premiere of Kevin Nealon’s YouTube series “Hiking with Kevin.” “They thought, even if you didn’t like [Hillary Clinton], it is impossible that he would beat her. They just didn’t see that.”

He described his Emmy-winning portrayal in the first season as “fun, fun fun.”

“Then, every time I did it — the second and third season I did it, I’d go into my room and I was like ‘I hope a meteor hits this building and kills me because I don’t want to do this ever again. I hate this.'”