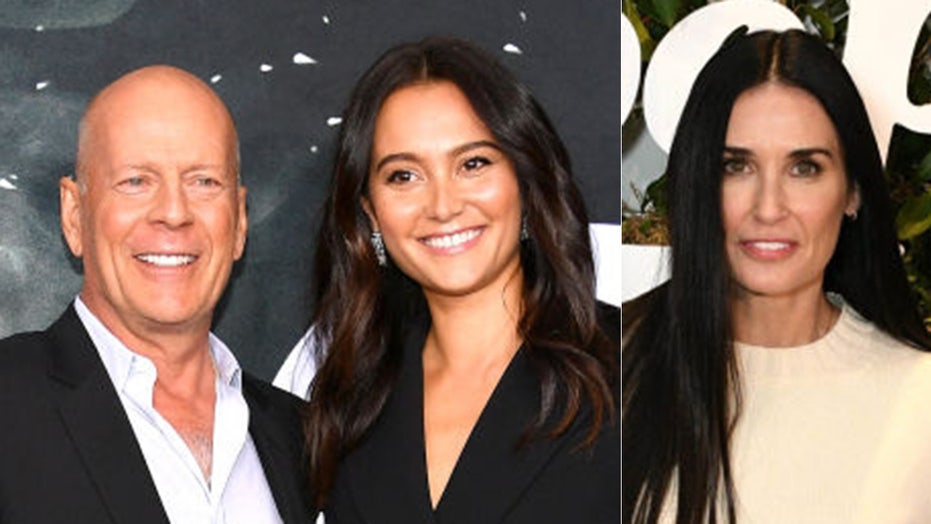 Bruce Willis has reunited with his wife, Emma Heming Willis, after spending weeks in quarantine with his ex-wife Demi Moore in Idaho.

The 65-year-old actor appeared to make it back to Heming safely as he's spotted in multiple photos and videos uploaded to his wife's Instagram Story on Monday.

In the snaps, Willis ventures outside with his wife and their daughters, Mabel, 8, and Evelyn, who turns 6 on Wednesday. The family hopped on an ATV and rode it around a property. In a second video, Willis pushes his daughter on a giant swing before the family took in stunning views by a river.

Bruce Willis reunited with his wife and daughters on Monday. (Instagram)

Willis raised some eyebrows last month after it was revealed that he had been quarantining with Moore and their daughters amid the coronavirus pandemic despite being divorced.

It was reported that Heming stayed at her home with their young children rather than joining her husband at Moore's home, which he and Moore's daughter Scout expanded upon in a recent podcast.

“It’s been so funny because to me they’re just like my super f--king weird parents but to everyone else, they’re at this different level,” said Scout, 28. “It’s actually been really cool."

Scout revealed that the family originally planned on Heming joining their quarantine, along with her and Bruce's children, but plans unexpectedly changed.

"My younger sister, who is now about to be [6] years old, at a park, had never gotten the talk about not f--king with hypothermic needles that she found so she actually tried to poke her shoe with it and poked her foot," explained Scout.

Heming and the younger girls stuck around in Los Angeles to await test results after the incident, Scout said, "then travel got crazy so my stepmom stayed in LA with my little sisters."

CELEBRITY EXES WHO ARE QUARANTINING TOGETHER

During their time in quarantine, Willis and Moore participated in a number of family activities with Scout, and two of their other daughters, Rumer, 31, and Tallulah, 26, including a "paint night," dance parties and family photoshoots.

An insider previously told People magazine that Heming has "no issues" with Willis self-isolating with Moore and his daughters.

“Demi and Emma are close, and all three get on great as a big blended family,” a family source told the magazine. “There are no issues at all. Emma needed to stay in L.A. with the young kids.”