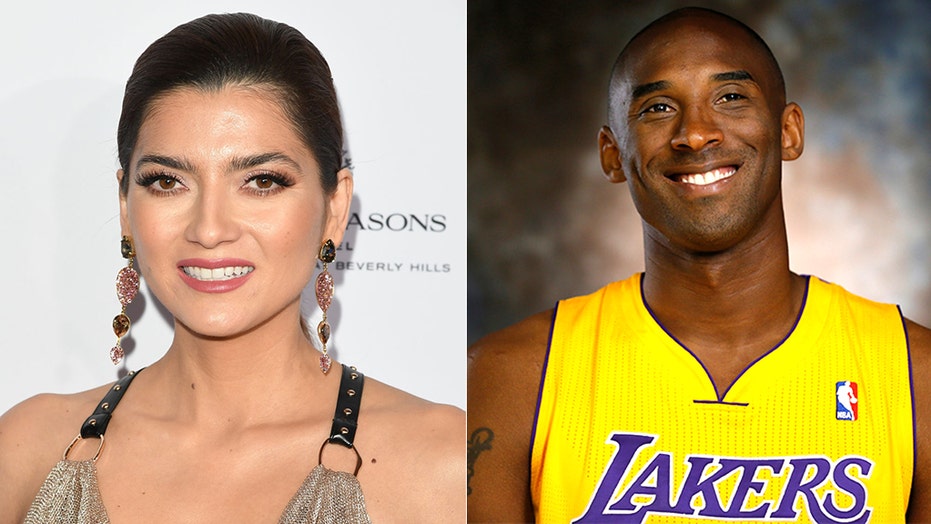 The actress attended the 12th Annual Valentine Romance Oscar Luxury Lounge & Party on Sunday in West Hollywood, where she proudly displayed a crystal clutch in the shape of a basketball with the late athlete’s first name on the front.

The designer behind the jewel-encrusted purchase was Timmy Woods, UK’s Daily Mail reported. His creations cost in the $1,000 to $10,000 range.

“It was an honor to pay tribute to Kobe Bryant during the Academy Awards,” Blanca told Fox News. “I admired his tenacity and strong work ethics. I will always be impressed by how selfless he was to help new athletes reach their full potential using their individual strengths to help shape and achieve their goals. Most of all, I loved how devoted he was to Vanessa and his children.”

“As a Latina, his dedication to emerge into the Latino community and support us on many levels was inspirational,” she continued. “Plus his Spanish was excellent! Although, Kobe is no longer physically here, his spirit is and he will always be remembered.”

Blanco wasn’t the only one to remember Bryant.

The “BlacKkKlansman” director — who won the Oscar for best-adapted screenplay for the film last year — hit the red carpet on Sunday while rocking a purple and gold suit emblazoned with the number 24, which was Bryant’s Los Angeles Lakers jersey number.

Lee quickly took to Instagram to show off the attire. In his post, he wrote, “Da Lee’s Are In Da House.”

Lee directed the documentary “Kobe Doin’ Work,” which premiered in 2009. The documentary followed the late basketball legend during a 24-hour period of the 2007-08 Los Angeles Lakers season.

Bryant, 41, was killed in a helicopter crash on January 26 along with his 13-year-old daughter Gianna and seven others.