Bebe Rexha is speaking out about all those plastic surgery rumors.

The singer insisted in a recent interview that she hasn't gone under the knife for any type of procedure despite whispers that her butt is fake.

The 29-year-old told Health magazine she thinks the rumors are "funny."

BEBE REXHA REVEALS SHE WAS DIAGNOSED WITH BIPOLAR DISORDER: ‘I JUST WANT YOU TO ACCEPT ME’

Rexha admitted that if she did get work, she'd have no problem admitting it. "If I got work done, I would definitely say it. I definitely want to get my boobs lifted one day. If it makes me feel better and sexy? I'm like, do whatever you want," she said.

The pop star has been open about her struggles with body acceptance and self-love.

"Ever since I was little, I've been thicker. When I first got signed to one of my deals, my managers were like, 'Are you ready to get into boot-camp shape?' I was like, 'Sure! What does that mean?' They told me to lose 20 pounds, and it kind of messed me up," she explained. "I went through a point of really not liking myself, and I still have my moments -- but I just started trying to be nice to myself and doing things every day."

Rexha confessed that when she was thinner, she was "miserable."

"I was always cold, never eating; I had no a--. Now I look at those pictures like, 'Oh my God, I was so skinny.' But I wouldn't go back there," she continued.

Rexha recently called out designers for refusing to dress her for the Grammy awards in January. 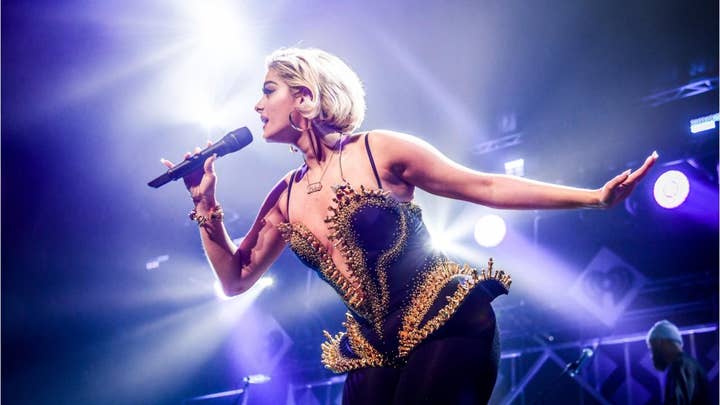 The nominee wrote at the time,  "So I finally get nominated at the GRAMMYs and it's like the coolest thing ever. And a lot of times artists will go and talk to designers, and they’ll make them custom dresses to walk the red carpet. So I had my team hit out a lot of designers, and a lot of them do not want to dress me because I'm too big. Literally, like, I'm too big."

"If a size 6/8 is too big than I don't know what to tell you," she continued. "Then I don’t want to wear your f**king dresses. Because that's crazy. You're saying that all the women in the world that are size 8 and up are not beautiful and they cannot wear your dresses."

She ended up wearing a stunning red Monsoori gown.