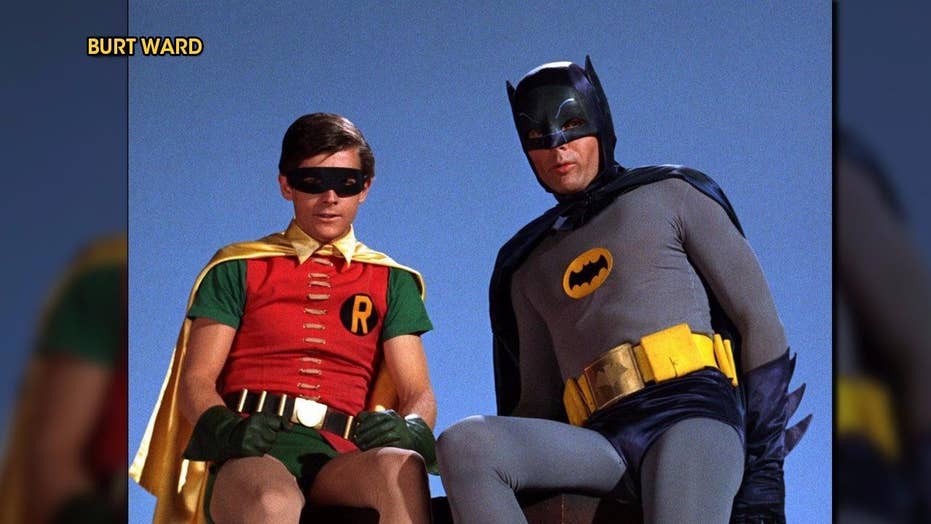 Burt Ward, who famously played the Caped Crusader’s trusty sidekick in the ’60s cult classic series “Batman,” is getting a star on the Hollywood Walk of Fame, Fox News learned on Wednesday.

The Hollywood Chamber of Commerce said the actor will be honored with the 2,683rd star on Thursday, Jan. 9, and his accolade will be placed next to that of his late co-star Adam West.

“Burt Ward and his character Robin have been cult heroes for many years, to fans of all ages,” Ana Martinez, producer of the Walk of Fame, wrote to Fox News in a statement. “We are thrilled to honor Burt with his star and happy to have been able to place Ward’s star next to the star of television’s 'Batman,'  Adam West, and one of the creators of the 'Batman' character, Bob Kane.”

BURT WARD: I WAS OFFERED DUSTIN HOFFMAN'S ROLE IN 'THE GRADUATE'

“We welcome him to our Walk of Fame family, and I cannot wait to say, ‘Holy Walk of Fame star, Burt!’ when he arrives to dedicate his star that day,” Martinez added.

The ceremony will also feature the famed 1966 Batmobile.

Back in 2017, Ward, now 74, told Fox News that from the moment he met West at a screen test for the show, they became fast friends -- and that friendship would last for more than 50 years.

'BATMAN'S' BURT WARD BELIEVES ADAM WEST 'HAD NO IDEA' HE WAS GOING TO DIE: HE WAS MAKING PLANS FOR THE FUTURE

Adam West (left) and Burt Ward reigned supreme in the '60s as Batman and Robin. (Getty)

“Nothing ever changed,” Ward said at the time. “We were exactly the same after the first three minutes we met. We were both very fun-loving people and got along so well. We were such good friends that when we weren’t filming, we would occasionally go out on the weekends and play tennis… He was everything off stage that he was on screen. He was such a wonderful man.”

West wasn’t the only beloved friend Ward had the chance to work with on set. His neighbor, martial artist Bruce Lee, appeared in “Batman” as The Green Hornet’s sidekick valet, Kato.

“We lived in the same cluster of condominiums,” he said. “He lived with his wife Linda and his son Brandon, who was six months at the time. We became friends and used to spar together. We would go down to Chinatown for dinners. Of course, Bruce, who lived in Hong Kong for 10 years, knew all of the special stuff to order. We had a great time… The very first filmed fight scene of his career was fighting me for ‘Batman.’"

"He was a very nice guy," he said. "Very funny. And very confident, no question about that.”

In 2018, Ward also told Fox News he and West have always been proud of the work they created for fans.

“My dear friend Adam West… considered himself to be the Bright Knight,” Ward said. “And I’m very proud of what I did because our show was family entertainment. It was for every member of your home. It was wholesome. It wasn’t something that you couldn’t [show] your kids. You could definitely show them 'Batman,' the ones that I did."

“Even today, people come up to me and say things like, ‘I could have ended up on the wrong side of the law. But I watched ‘Batman’ and now I ended up in law enforcement.’ ‘I became a fireman.’ ‘I became something positive for people.’ So we’re very proud of what we did with our 'Batman,'" he added.