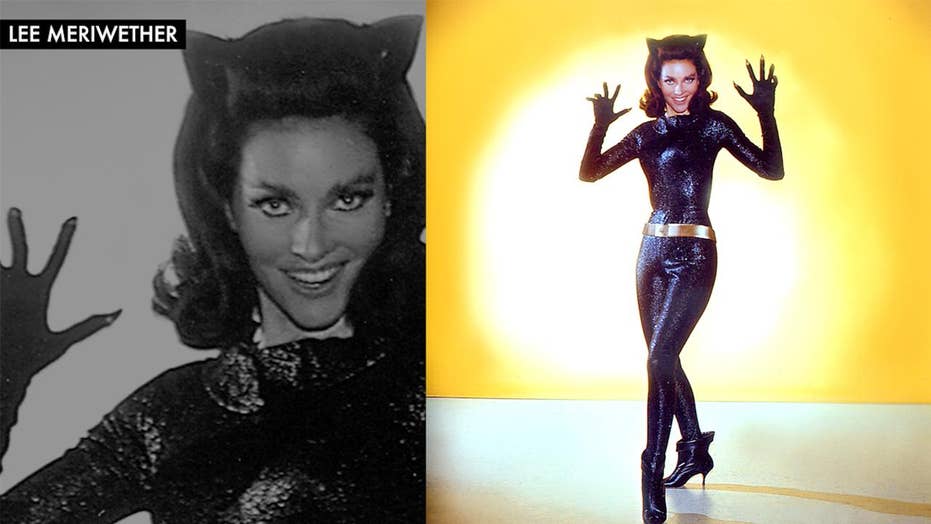 ‘Catwoman’ Lee Meriwether talks to Fox News about what it was like to wear that iconic catsuit and have a steamy kiss with Adam West.

When Lee Meriwether was given just a day to prepare for the audition of a lifetime, Miss America 1955 didn’t think she would ultimately take on the role of purr-fectly feisty feline Catwoman.

However, the pageant queen still gave it a shot and soon enough she was working opposite "Batman" star Adam West.

Meriwether, now 82, still has fond memories from her time on set and will now honor the show and film’s legacy Wednesday at a new exhibition at the Hollywood Museum, titled “Batman ’66."

Fox News spoke with Meriwether about working with the late West, the health hazard she faced wearing her slinky costume and her relationship with fans today.

Fox News: The Hollywood Museum is kicking off the New Year with a retrospective on Batman. How do you feel about this honor?
Lee Meriwether: It’s wonderful. It truly is. Everyone worked very hard on the film and TV show. There was never any anxiety. We all loved each other and had a really good time. It was truly a joy.

Fox News: How did you get role of Catwoman?
Meriwether: I read for the part! I was surprised, shocked even when my agent called me and said “Get over to 20th Century Fox. You’re going to read for Catwoman.” My first response was “What?! That’s Julie Newmar.” But my agent said “No, no, she’s got another movie and she can’t do it. I’m sending you the script now and you audition tomorrow.” There wasn’t much time to work on it!

Fox News: Were you ever worried about being compared to Julie Newmar?
Meriwether: No, I wasn’t. I think putting one against the other isn’t fair to begin with. I did the role the best way I could and fans accepted it, which was really nice. And everyone on set was so supportive. And of course, Adam [West] was a dear. He was a sweet, nice man. A gentleman.

Fox News: How did you feel about your cat suit?
Meriwether: It was skin tight. It really was. At one point, someone said “You can use a little talcum powder if you want and maybe it will be more comfortable for you.” I’ve never used talcum powder in my life. I just thought that was for babies. The only thing horrible that happened with the costume was when we were outside, we were under the sun and to have that glitter, glistening look, there were threads of metal in the material.

I ended up with second degree burns on my shoulder. But I didn’t make a big thing of it. I just went to the doctor. He gave me medicine, but also advised me to wear protection. I said, “Well we’re not going to be filming outdoors again, so I’ll wear the least amount of protection so that it doesn’t look bulky or odd.” It was fine for the rest of the shoot. But I was not a happy kitty at the time.

Fox News: Whatever happened to the cat suit?
Meriwether: It’s probably at the wardrobe department of 20th Century Fox. I said goodbye to it. I certainly didn’t ask if I could keep it. I didn’t think that was proper etiquette. I have heard at one point some actress had taken it home and did other things with it. But it wasn’t me *laughs*.

Fox News: You starred in the film, but not the series. Why?
Meriwether: The series came before. It continued with Eartha [Kitt] playing the role. I did get to play one other role in the series. I played the Mayor of Gotham’s spoiled, rotten daughter... But I did get to kiss Adam West at the end of the show! I remember I said something like, “Would you care to come up to my apartment and have cookies?” And he said “Crime fighters can’t live on cookies and milk alone.” It was a very pleasant kiss. No problems at all!

Fox News: What was your relationship like with Adam West?
Meriwether: It was a wonderful relationship. It really was. I admired his attack on the character. When I first saw the series, I thought, “Gee he’s walking such a fine line between drama and comedy." It just felt right.

I do miss him. It was such a shock when he left us. They gave him a beautiful tribute at City Hall in Los Angeles with his family… I was just standing there thinking about him. And all of a sudden, I had a cold blast of air that just hit my face. I said to myself, "Are you here?!" I truly felt he was there. I know it’s bizarre, but that’s what I thought. I got goosebumps. It made me feel good.

Fox News: What about your other castmates?
Meriwether: I was so lucky to be working with such a talented group of villains. I learned so much from those gentlemen. Their attack on those characters and the work that they did… I would always watch them and it was quite an education. I was so grateful for that time. Still am. I learned a lot on how to conduct yourself on set. That was really my first major film in a big studio. And they were wonderful teachers. They didn’t know I was peeking at them *laughs* but it was really wonderful. And watching Adam taking that role again for the movie, I think he was more energized probably because we were working with such legends. It was very exciting and stimulating for all of us. He was feeling the same thing I did.

And Cesar Romero was heaven. Absolutely heaven. He really was a dear soul. I got to know him a little bit better four years after we filmed. He was at a party. My husband and I were there. I saw him and I just said, “Cesar, it’s so good to see you.” He said, “Oh, Lee. I can’t tell you how much I enjoyed working with you.” He was so precious and really delightful to work with. [But] he never said anything to me on set. He was always in character and truly worked it.

Fox News: And your fans?
Meriwether: I still get fan mail from all over the world. I’m surprised a good number of people from London and Germany, Belgium and Australia still remember me. I still keep my fan mail up to date. I’m always happy to send photos and autographs.

Fox News: How do you feel about the Batman films of today?
Meriwether: They’ve definitely taken a darker turn. He’s now the Dark Knight. I was afraid parents today would be in for a shock if they took their children to see the films. But I think the publicity department does a good job in showing it's different today. It’s not as family-oriented *laughs*. But I do enjoy them. I thought Anne Hathaway was terrific.

Fox News: Looking back, how did you feel about pursuing the pageant world before Hollywood?
Meriwether: That was sheer luck. I grew up with boys making fun of me. I was gawky, gangly. I was not a happy teenager. I wanted to be an actress, so I took as many classes as I could and did a half-hour radio show in college… But I was nominated to audition for a pageant… I tried it out just to see what it was like and the rest is history!