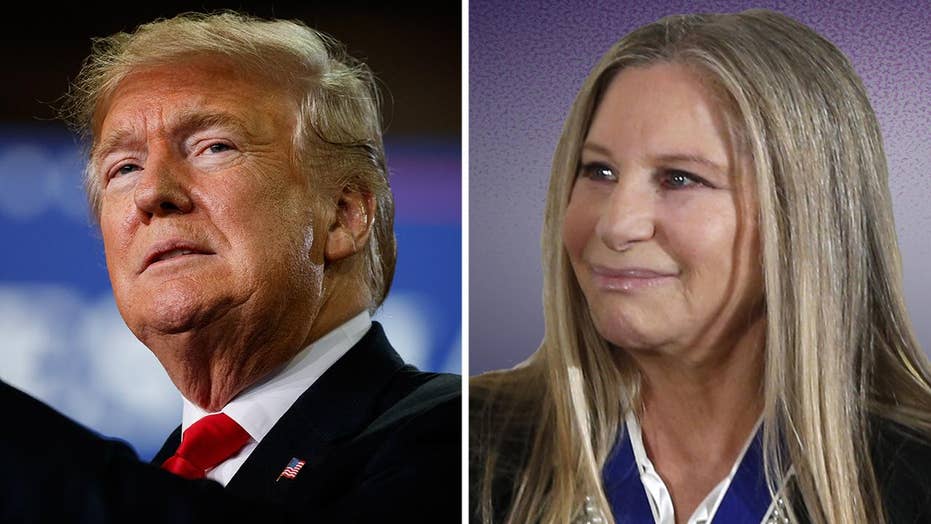 Barbra Streisand is once again thinking about leaving the United States for political reasons.

In a Tuesday interview with The New York Times, the 76-year-old star admitted that she's considering moving to Canada if the Democrats don't win a majority in the House of Representatives in the midterm elections next week.

"I want to sleep nights, if we take the House I’ll be able to sleep a little bit better," Streisand told the outlet, adding that if they don't take control she's been "thinking about" a potential move.

"I’ve been thinking about, do I want to move to Canada? I don’t know. I’m just so saddened by this thing happening to our country."

"It’s making me fat," she continued. "I hear what he said now, and I have to go eat pancakes now, and pancakes are very fattening. We make them with healthy flour, though — almond flour, coconut flour."

Before the 2016 election, the singer-actress also spoke about emigrating because of Trump.

"He has no facts. I don't know, I can't believe it. I'm either coming to your country [Australia], if you'll let me in, or Canada," she said according to The Hollywood Reporter.

Barbra Streisand says she's "thinking" about moving to Canada if the Democrats don't win the House in the midterms next week. (AP)

Last month, Streisand released her first album since 2005,  "Walls," which contains a track that directly speaks to President Trump and voices her distaste for what his administration is doing to America and the world at large.

“I just went ballistic,” she told The Associated Press at the time.

"I just can't stand what's going on," the Oscar, Grammy and Emmy winner continued.  "His assault on our democracy, our institutions, our founders — I think we're in a fight. ... We're in a war for the soul of America."