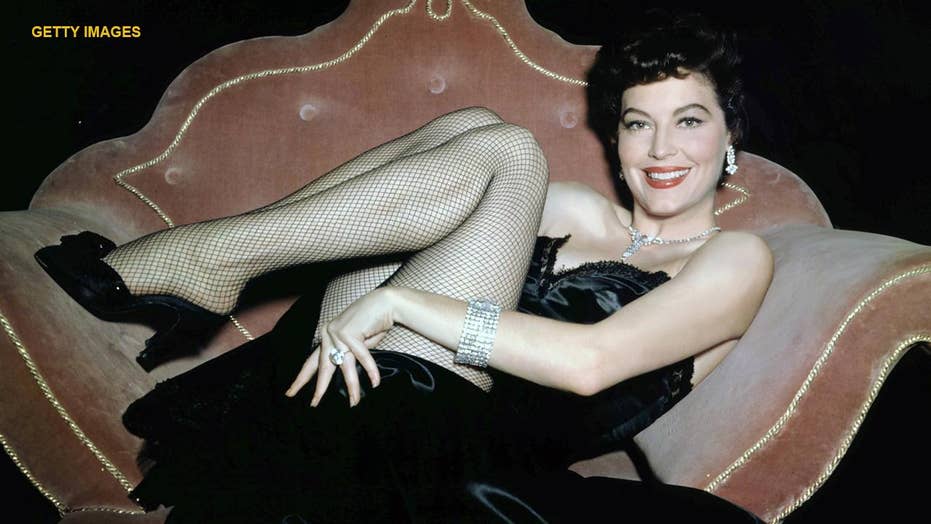 Turner Classic Movie’s (TCM) “Summer Under the Stars” is back, and this time the spotlight is on some of Tinseltown’s seemingly forgotten film icons.

The network will show 24 hours of movies with 31 different stars, one for every day of the month. And while this year’s lineup highlights some of the major heavyweights of classic cinema, including Humphrey Bogart, Audrey Hepburn and Fred Astaire, among others, TCM host and film expert Alicia Malone hopes audiences will discover some of the actors and actresses whose names aren’t as frequently mentioned today.

“I really hope people discover more about Walter Brennan,” Malone told Fox News. “He has a whole day dedicated to him on the 27th and he was a great character actor of old Hollywood, someone you might not know the name of, but if you’ve seen any Western movie you probably recognize his face. He often played the older, crotchety-type characters. He was great also in ‘To Have and Have Not’ with Humphrey Bogart and Lauren Bacall where he played Bogie’s drunk best friend.”

“And also in ‘Sergeant York’ he played a great role as a pastor,” Malone continued. “But he was someone who still holds the record for having the most Best Supporting Actor Oscars to his name — he won three in his career, and he often played characters who are much older than he was. In World War I he fought and he had his voice ruined by mustard gas, and then in 1932, he was in an accident where he lost all his teeth. So when he took out his dentures and had his great gravelly voice he could play these older characters.”

The veteran actor was surrounded by his wife and three children when he passed away in 1974 at age 80 after a long battle with emphysema. Shortly before his death, the New York Times reported Brennan preferred working in his 70s and was eager for what the future held for him.

Walter Brennan and Barbara Stanwyck in "Banjo on My Knee." (Photo by John Springer Collection/CORBIS/Corbis via Getty Images)

“I’d rather do television than movies because there aren’t any long layoffs between working days,” he remarked. “You make a movie and then wait around for another good part. Not on television. You go to work five days a week for most of the year. That’s what I like. By Sunday night I can hardly wait to get started on Monday morning. It’s a shame most people don’t feel the same way about their jobs… Heck, I never wanted anything out of this business except a good living. Never wanted to be a star or a glamorous figure. Just wanted to be good at what I was doing.”

In addition to Brennan, Malone pointed out one of this year’s highlights include screen siren Ava Gardner. The North Carolina sharecropper’s daughter who became one of Hollywood’s most sought-after femme fatales passed away in 1990 at age 67. During her final years, the actress lived quietly in London after being hounded for decades by photographers. Her headline-inducing romances and scandalous escapes were made fit for the big screen, but Malone pointed out that Gardner worked tirelessly to be taken seriously by directors.

Actress Ava Gardner in the audience of the Academy Awards ceremony on April 4, 1960, in Los Angeles. (Photo by Frank Worth, Courtesy of Capital Art/Getty Images)

“This is an example of a woman who wanted to do more complex, interesting roles and didn’t get much of a chance to do that,” said Malone. “Of course Ava was one of the biggest bombshells in Hollywood. She was so gorgeous. She was hired after being spotted in a photograph. She had no acting experience at all, and in her first 15 or so movies she just appeared in little one-liners, these small little roles. But she wanted to be taken more seriously as an actress. She wanted to learn more.

“Her relationships with men were often dominating the tabloid headlines. She was married to both Mickey Rooney and Frank Sinatra and both of those marriages were very much in the public eye. But she did have a couple of really interesting roles. ‘The Barefoot Contessa’ is my favorite of Ava Gardner’s and she plays a Spanish star. She’s opposite Humphrey Bogart. She goes to Hollywood, but she still loves being barefoot and being back to her roots. That really is representative of Ava as well. And also ‘The Killers’ where she played a femme fatale in a great film noir. But someone who was definitely so beautiful that struggled to have directors take her more seriously.”

Shirley Temple started performing in films at three years of age. She entered politics in the 1960s and took on several ambassador positions representing her country. (Photo by Hulton Archive/Getty Images)

Shirley Temple is another key figure in this year’s “Summer Under the Stars.” Temple is undoubtedly the most famous child star out of Hollywood, but Malone says audiences should focus on her more overlooked gems — the work she accomplished past her years as the little dimpled girl with 56 perfect blonde ringlets.

When Temple became a teenager, the audience's interest ultimately slackened and she retired from acting at age 22, the New York Times reported. She would go on to become a notable Republican fundraiser, author, ambassador to Ghana, a delegate to the United Nations General Assembly, and chief of protocol to President Gerald R. Ford, among her numerous political roles. Temple passed away in 2014 at age 85.

“What surprises me is that she didn’t have a longer career [in Hollywood] than she has,” said Malone. “She [did] such great work as a young adult… She struggled with the audience taking her seriously as a woman and not just a former child star, but a lot of the fact of her not continuing on with her career had to do with her not wanting to be an actress anymore.

"She decided to be a mother. She was involved in politics as well. But I think she had such a great career ahead of her and really had a difficult time trying to show people, audiences and directors that she could be a young woman and wasn’t the young curly-haired child star anymore.”

But not everyone from this year’s lineup is long gone. It also includes several living stars, including Kirk Douglas, Shirley MacLaine and Rita Moreno, who is currently filming Steven Spielberg’s remake of 1961’s “West Side Story.” Moreno, now 87, won an Oscar for Best Supporting Actress in the original version, where she co-starred opposite Natalie Wood and George Chakiris.

“It was such a groundbreaking role to have a Puerto Rican actress play a Puerto Rican woman and win an Oscar for it,” said Malone. “But she also won a Grammy, an Emmy and a Tony Award as well. She was someone who had to fight against being stereotyped. As a Hispanic actress, she was often cast in fiery roles or she was cast in foreigner roles where she would play an Indian exchange student or a Burmese woman. But she managed to break out against that and just try to go for these complex roles… She really paved the way for women of color in Hollywood.”

Ultimately, Malone hopes viewers tuning in won’t just uncover new actors or actress to call favorites. She wants audiences to have a thrilling movie month, too.

“I’m hoping that as well as going to your old favorites, like your Humphrey Bogarts and your Audrey Hepburns, you also discover some new stars and maybe discover a new favorite movie in the process.”