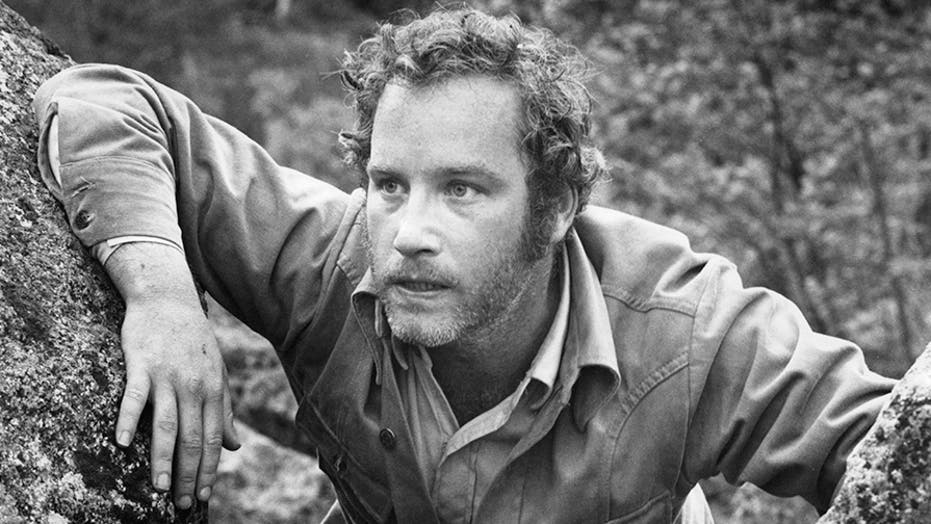 When it comes to the ending of “Close Encounters of the Third Kind,” Richard Dreyfuss insists he wouldn’t change a thing.

The 1977 sci-fi film, written and directed by Steven Spielberg, explores how an electric lineman named Roy Neary (Dreyfuss) watches his ordinary life turn upside down after a shocking encounter with a UFO.

“There’s a story running around Hollywood right now where Steven Spielberg said that if he had known, had he been married when he did ‘Close Encounters,’ he would have never done the ending of the film the same way,” the 71-year-old told Fox News. “It would have hurt him to leave his family, his wife, his children.”

“And I say, with all due respect to Steven Spielberg, and I do respect him: nonsense,” the Oscar-winning actor continued. “There’s no other ending for that story. It would have been a terrible letdown to travel with this obsession throughout the whole movie and then go, ‘Oh s—, I just remember I have to do something, I can’t leave. Sorry.’ That’s a no. Unacceptable.”

"Being childlike is the point. A lot of the point in life is to keep parts of you that are childlike and nurture them."

These days, Dreyfuss is eager to explore the great beyond once more. The “Jaws” star is currently in the new film titled “Astronaut,” about a lonely widower who battles his family, ill health and lack of time to win a competition for a golden ticket to space.

Dreyfuss insisted the role spoke to him because he too would jump at a chance to visit the Moon.

Richard Dreyfuss in a scene from 'Close Encounters Of The Third Kind', 1977. (Photo by Columbia Pictures/Getty Images)

“Why not?” he said. “If I had the chance to go out there into space and then turn around and see the Earth hanging by nothing in space, why not? I want to be a part of that story. I wouldn’t even think of saying 'no' to that.”

Dreyfuss said that when it came to pursuing his dreams, nothing, including his 5’5” frame, was going to stop him.

'NANNY AND THE PROFESSOR' STAR TELLS ALL

“I was short even when I was 12,” he chuckled. “So it’s not like I grew shorter. I started out short. And at the same time, the feelings I had about becoming an actor were huge. You couldn’t fit those feelings inside of me. And yet there they were.”

“I’ve been an actor probably from the moment I was born, but certainly by the time I was 8 or 9 years old,” he continued. “I remember saying to my mom once – and I was 9 – that I’m going to be an actor. She said, ‘Don’t just talk about it.’ I got up, went down to the local Jewish community center and auditioned for a play. I never stopped since. Not only did I never stop, but I never took a break… And someone’s disapproval of my decision to pursue being an actor — it had no power over me.”

Dreyfuss also revealed he’s enjoying exploring different roles that allow his characters to pursue their passions, no matter their age, like in the case of Angus in “Astronaut.”

“For me, it’s this hidden desire, this secret wish that is valid for this old man,” he explained. “How do you give up a special love? Are you willing to leave it in the past? Or go, ‘Yeah, give me the opportunity.’ I think it’s great. It’s the perfect way of keeping yourself childlike. Being childlike is the point. A lot of the point in life is to keep parts of you that are childlike and nurture them. You don’t have to dry up and you don’t have to necessarily be adult in all things. You don’t have to do that at all. And so, that’s what I liked about [Angus].”

Richard Dreyfuss poses for a photo at The Roosevelt Hotel in Los Angeles on April 11, 2014. (Associated Press)

Back in 2014, while participating in the Turner Classic Movies [TCM] Festival, Dreyfuss gushed about the magic of filmmaking and how it’s left a lasting impact on him.

"No art form has ever swept the world like this one," he said. "Movies have captured your dream state... They are reaching into your dream state and pulling you out and showing you that you're alive."

Though he joked in an interview that he continues acting because "it's the only way I know how to make a living," Dreyfuss admitted he's deeply grateful for the opportunity to touch others with his performances.

"Acting is giving a blessing and getting a blessing. You can feel it all over, and when you make people laugh, you do what Shakespeare says: You give surcease from sorrow," he said. "And when you do a drama and you're in the zone, you are telling them: This is life as you know it..."

"It's an extraordinary thing I got to do my entire life," he continued, "which means I was blessed.”