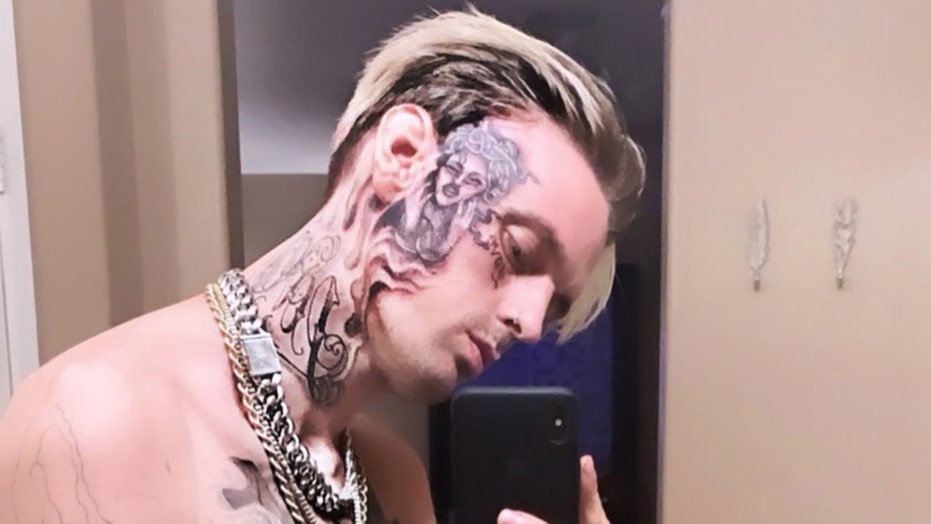 Aaron Carter got another tattoo -- but this time on his neck.

The troubled singer, who shared last month that he got a massive Medusa-themed tattoo on his face, shared pictures of his new ink on Instagram.

Carter, 31, posted a video of himself lying in bed with Wiz Khalifa's song "So High" playing in the background. He tilts his head first to display his face tattoo, and then turns his head the other way to show his new neck ink. The new tattoo was under a bandage.

Carter also shared in the post that he moved to Canada. "Headed back to Cali to pack up my stuff and do some press and move to my Castle 🏰 🇨🇦."

On his Instagram Story, the "I Want Candy" singer wrote: "My new (home emoji) I'm so happy everyone has welcome me to the neighborhood. I love you Canada thank you for welcoming me."

He shared a picture of his new house, calling it a castle.

"I just Purchased my first ESTATE ITS A F---ING CASTLE 🏰 it’s 9,000 square feet and 8 bedrooms a REC ROOM, THOT TUB, a STUDY a fire place in every room. It comes with free maple syrup 4Life maple on tap."

The singer's siblings recently announced they were seeking a restraining order against him. Carter said in an interview last month that he no longer owns any firearms and has been working with health professionals to wean off medications.

"I sold all of my guns yesterday," Carter said. But when he was asked if he will buy any firearms in the future, he replied: "That's no one's business."