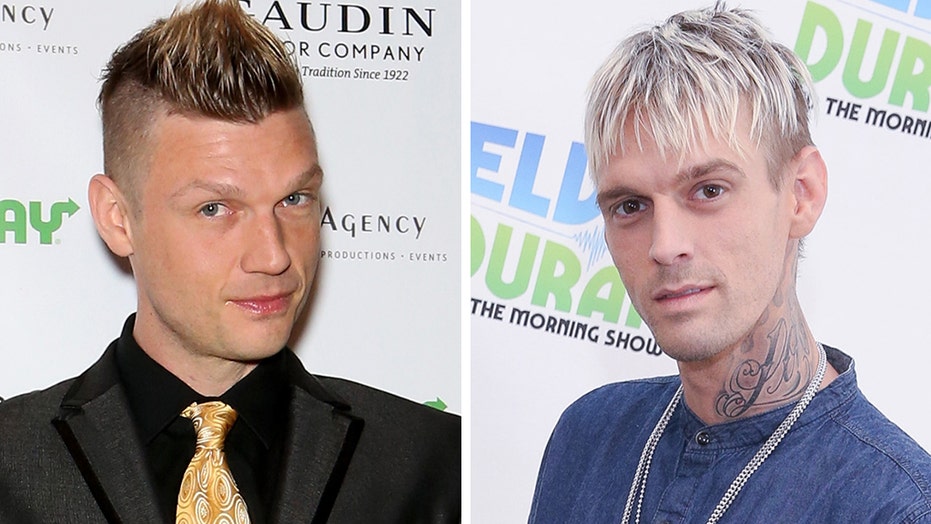 Nick Carter revealed Tuesday on Twitter that he and his sister have sought a restraining order against their brother, Aaron Carter.

“After careful consideration, my sister Angel and I regret that we were required to seek a restraining order against our brother Aaron today," the 39-year-old singer stated.

"In light of Aaron's increasingly alarming behavior and his recent confession that he harbors thoughts and intentions of killing my pregnant wife and unborn child, we were left with no choice but to take every measure possible to protect ourselves and our family," Nick -- who's expecting his second baby with wife Lauren Kitt -- alleged.

"We love our brother and truly hope he gets the proper treatment he needs before any harm comes to himself or anyone else," Nick concluded the post, which he shared with the hashtags #mentalhealth, #GunControlNow and #GunControl.

Aaron confirmed the news himself in a series of tweets, writing, "So my brother just got a restraining order against me. And I was just served lol."

The "I Want Candy" singer also reacted to Nick's claims, stating: "I am astounded at the accusations being made against me and I do not wish harm to anyone, especially my family."

"All I ask is for my family to leave me alone. This is blood. Not love. I will never be around you and I don’t want to be around you. I am the one who said I’m done then you send me this!? Ok. Stop trying to get me 5150’d before I file a harassment suit myself nick I have the $," he added.

According to TMZ, the temporary restraining order states Aaron has to stay at least 100 feet away from Nick, the singer's wife and kids, as well as other family members, specifically their Las Vegas home.

Reps for Nick and Aaron did not immediately respond to Fox News' request for comment.