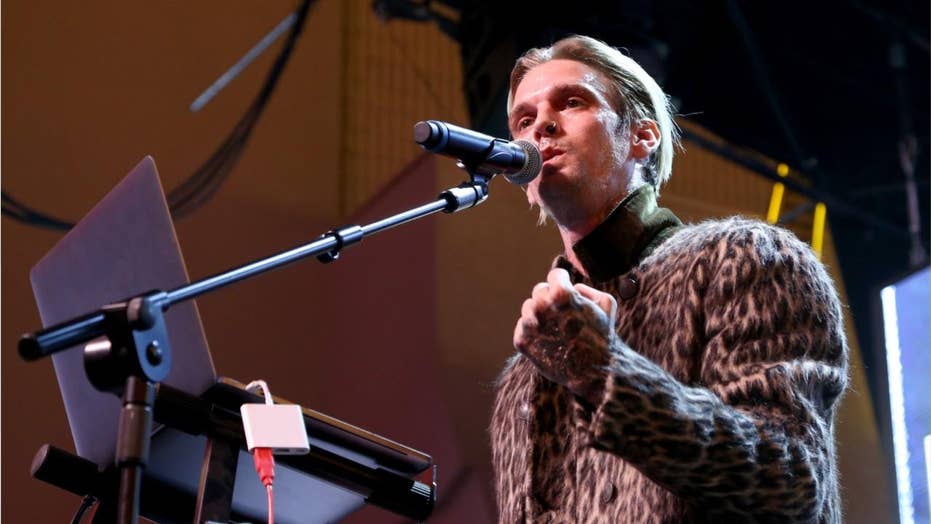 Aaron Carter dropped a bombshell on Thursday, alleging via Twitter that his late sister, Leslie, sexually abused him when he was underage.

A lawyer for Aaron’s brother, Nick Carter, told Fox News on Thursday that Aaron’s allegations are “completely false” and “fabricated.”

“Nick and his sister Angel have been trying to get Aaron the help he needs, and sought protective orders against Aaron because he is not well and they are concerned for the safety of themselves and their family,” Michael D. Holtz said in a statement.

NICK CARTER SEEKS RESTRAINING ORDER AGAINST BROTHER AARON CARTER: 'WE WERE LEFT WITH NO CHOICE'

Aaron’s accusation came amid an ongoing feud between him and brother Nick, 39, who said he and Aaron's twin sister Angel, both 31, have taken out a restraining order against Aaron "in light of Aaron’s increasingly alarming behavior and his recent confession that he harbors thoughts and intentions of killing my pregnant wife and unborn child."

Leslie Carter and Aaron Carter pictured together in 2006. Leslie died at age 25 of a drug overdose in 2012.

Aaron, who last week said he was diagnosed with bipolar disorder only to later walk those comments back to TMZ, said Thursday that he does not have the condition but his sister Leslie, who died of a drug overdose in 2012, did.

"It runs in the family. I never wanted to tell anyone this. But I have too…" Aaron began in a series of tweets. "My sister Leslie suffered from bipolar and took lithium to treat it. She never liked the way it made her feel and when she was off of it she did things that she never meant to do I truly believe that. I was 10 years old...."

He continued: "My sister raped me from the age of 10 to 13 years old when she wasn’t on her medications and I was absused [sic] not only sexually by her but by my first two back up dancers when I was 8 years old. And my brother absused [sic] me my whole life."

In a final tweet, Aaron said it's his brother's turn "to tell the truth."

From l-r: Aaron Carter, Angel Carter and Nick Carter pictured together in 2006. (Getty)

“Now it’s nicks turn to tell the tell the truth of what he did to one of the girls in my family. Since my truth is all out there and I hope all survivors of assault or rape find peace and justice," Aaron tweeted.

Reps for Nick and Aaron did not immediately return Fox News' requests for comment.

Amid the Twitter frenzy, the L.A. County Sheriff's Office told Fox News that Aaron surrendered his two firearms to their officers on Wednesday. Aaron told TMZ Thursday he still has his pistol and shotgun for protection.