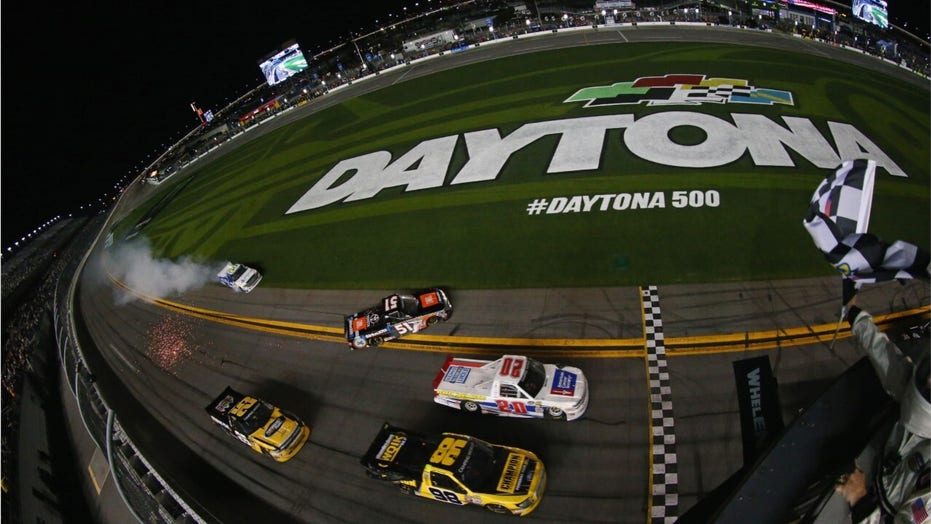 Denny Hamlin won his second consecutive Daytona 500 and third in five years on Monday night as he surged past Ryan Newman on the final lap of a second overtime shootout.

Hamlin is the first driver since Sterling Marlin in 1995 to win consecutive Daytona 500s, but his celebration in victory lane was subdued.

The NASCAR superstar was trying to find the delicate balance of celebrating a milestone victory while showing proper respect to an injured driver.

Newman’s accident is part of the thrill that draws fans to the sport and is an adrenaline rush that fuels the drivers. That he survived is because of nonstop work on safety for nearly two decades. That work will never end. 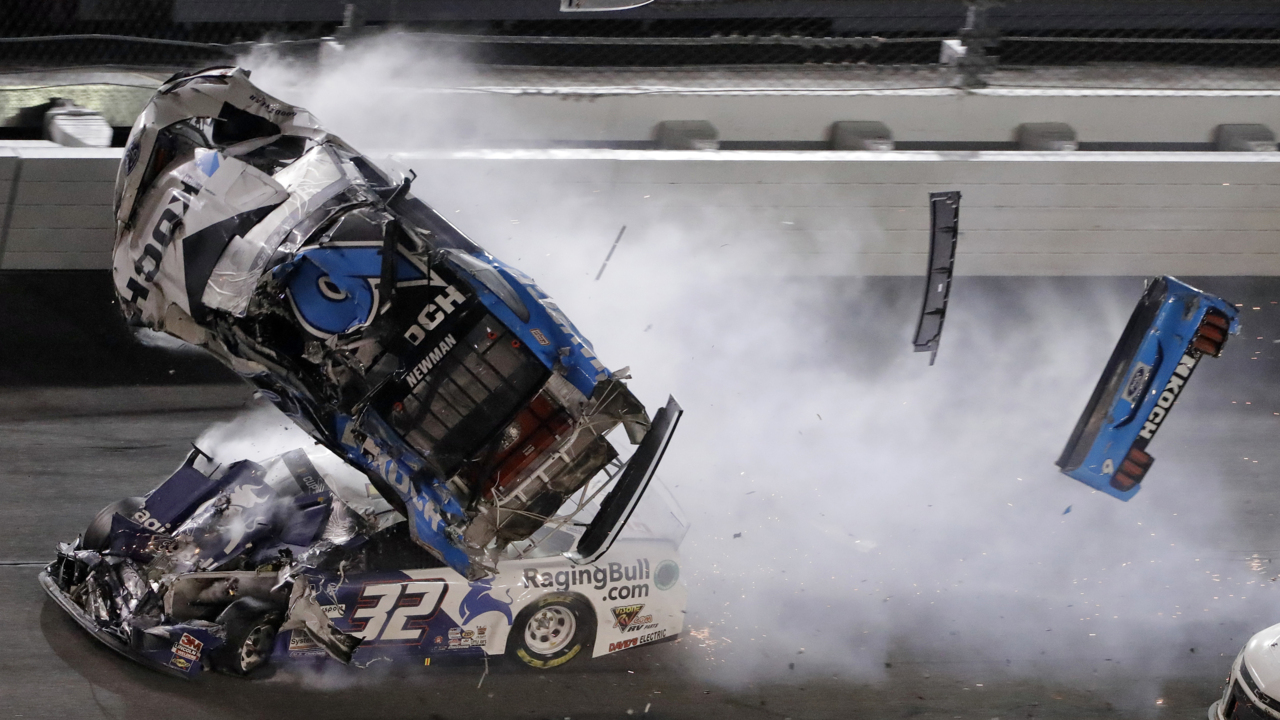 Initially unaware of Newman’s situation, Hamlin did victory burnouts and celebrated with his team.

“The number one thing that NASCAR always does is put safety before competition, you’ve got to have a car that’s safe,” said Hamlin. “You’ve got to have all your equipment that’s safe, and the sport has been very fortunate to not have anything freak or weird happen for many, many years. But a lot of that is because of the development and the constant strive to make things better and safer.

“I thank my lucky stars every day that I came in the sport when I did.”

Hamlin had eight Ford drivers lined up behind him as the leader on the second overtime shootout without a single fellow Toyota driver in the vicinity to help him. It allowed Newman to get past him for the lead, but the bumping in the pack led to Newman’s hard turn into the wall.

Hamlin’s win last year was a 1-2-3 sweep for Joe Gibbs Racing and kicked off a yearlong company celebration in which Gibbs' drivers won a record 19 races and the Cup championship.

Now his third Daytona 500 win puts him alongside six Hall of Fame drivers as winners of three or more Daytona 500s.

He tied Dale Jarrett – who gave JGR its first Daytona 500 win in 1993 – along with Jeff Gordon and Bobby Allison. Hamlin trailed Cale Yarborough’s four wins and the record seven by Richard Petty.

This victory came after just the second rain postponement in 62 years, a pair of red flag stoppages and two overtimes. The 0.014 margin of victory was the second closest in race history, trailing only Hamlin’s win over Martin Truex Jr. in 2016 (0.01 seconds).

The win in “The Great American Race” is the third for Toyota, all won by Hamlin.

Gibbs has four Daytona 500 victories as an owner.

Gibbs insisted they had no idea Newman’s situation was serious.

“If you think about all the wrecks that we’ve had over the last, I don’t know, how many number of years, and some of them looked real serious, we’ve been so fortunate,” Gibbs said. “Participating in sports and being in things where there’s some risk ... in a way, that’s what (drivers) get excited about. We know what can happen. You just don’t dream that it would happen.”

Hamlin has been quoted as saying he wanted to be the father of boys.

“Your sons, they’re going to be like, ‘Ah, dad, whatever.’ You see women, when they grow up, always have that special bond with their dad. I have it with my kids for sure and it’s certainly special to have girls.”

Hamlin said with a chuckle, “Even though, admittedly, I’ve wanted boys every time, I’m so happy with the girls I have. They’ve just been such great kids.”

He has two daughters: Taylor is 7 and Molly is 2.

Hamlin races in the NASCAR Cup Series and competes on a limited basis in the Xfinity series. Throughout his career, he has amassed 37 Cup wins, including the 2016 and 2019 Daytona 500 as well as the 2010 and 2017 Southern 500. Hamlin has qualified for the NASCAR Playoffs 12 times.

Among his other accomplishments, Hamlin’s net worth is said to be around $65 million, according to reports.