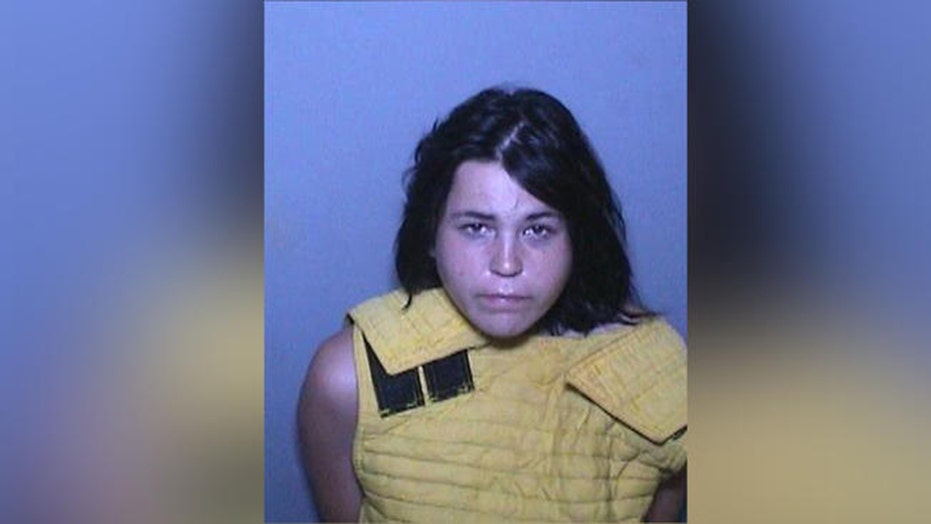 A 23-year-old homeless woman was arrested on suspicion of attempted murder after she assaulted two high school students and tried to push one of them off a bridge in Ladera Ranch, Calif., on Friday afternoon, police say.

Stephanie Redondo, 23, has been arrested on suspicion of attempted murder after trying to push a high school cross-country athlete off the Crown Valley Parkway bridge in California on Friday afternoon. (Orange County Sheriff's Department)

The teenagers were able to fight off Redondo and deputies were called to the area at 4:00 p.m. on Friday after multiple people called in to report that someone was possibly attempting to jump off the bridge.

It's not clear what prompted her to attack the two boys, who were not injured during the encounter.

Redondo was arrested on suspicion of attempted murder and was booked into the Orange County Jail. Her bail is set at $500,000.

"Thankfully the juvenile victims and witnesses reacted swiftly, and no one sustained serious physical injury from this incident," Orange County Police said. "This is an important reminder of how quickly a situation can escalate and that personal safety should always be top-of-mind."

She is expected to be arraigned on Tuesday.