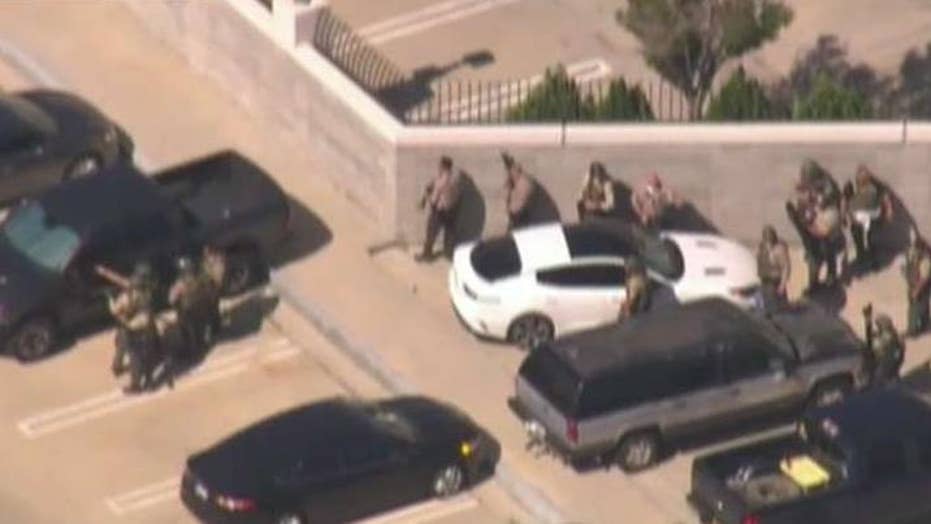 A Los Angeles County Sheriff's Department deputy who reported being shot by a sniper faces a criminal investigation after revealing he made up the story; William La Jeunesse reports.

A Los Angeles County Sheriff’s Department deputy who reported being shot by a sniper Wednesday, launching a manhunt for the shooter, “completely fabricated” the story and will be relieved of his duties, the sheriff’s department announced at a news conference Saturday night.

Sheriff's Deputy Angel Reinosa, a 21-year-old rookie with the department, had cut holes in his shirt to make it look like he had been shot and was treated for a “bruise” on his shoulder at a hospital following the allegedly made-up incident, Homicide Bureau Capt. Kent Wegener said.

Assistant Sheriff Robin Limon told reporters the department was “incredibly disappointed" by the case and that Reinosa had been relieved of his duties. The department is launching a criminal investigation into Reinosa's false report, Limon added.

“Things didn’t add up,” Wegener said. “There was no sniper, no shots fired and no gunshot injuries sustained to his shoulder. Completely fabricated."

“Things didn’t add up. There was no sniper, no shots fired and no gunshot injuries sustained to his shoulder. Completely fabricated."

Wegener said the investigation found no ballistic evidence at the scene and no witnesses said they had heard any shots.

He added that Reinosa hasn’t said why he did it.

The deputy claimed he was shot while walking to his car from the sheriff’s station in Lancaster in northern L.A. County. Reinosa reported that he was shot in the chest but said his bulletproof vest deflected the bullet into his shoulder, causing a bruise.

Heavily armed deputies wearing tactical gear set up a perimeter and launched a massive search for a suspect in triple-digit temperatures Wednesday but weren't able to find a suspect.