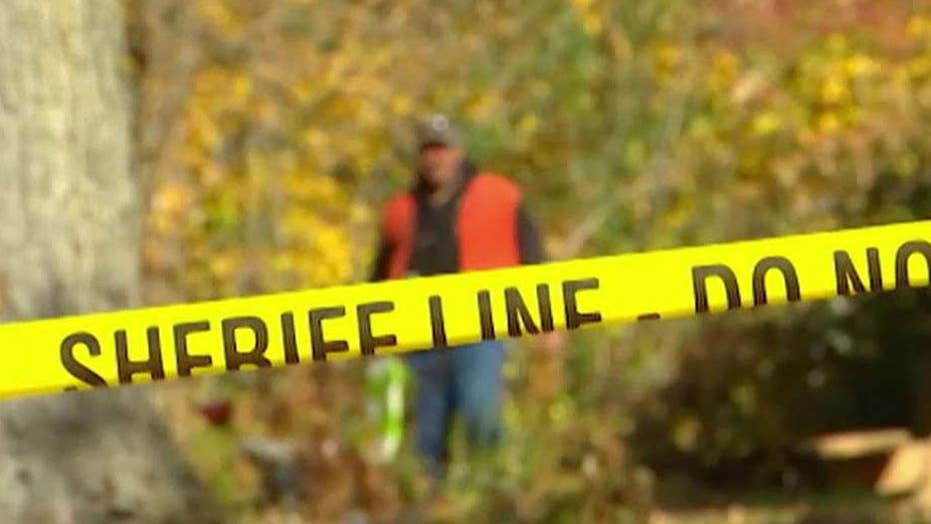 Investigators in Wisconsin say a man killed three of his family members before going to another home where he killed a woman and injured her parents; Matt Finn reports.

The Wisconsin house where Jayme Closs witnessed the murder of her two parents and from which she was later kidnapped has been demolished.

The home, located in Barron, roughly 90 miles northeast of Minneapolis, Minn., was taken down after the bank that owns the house consulted with Closs' family, the Star Tribune reported.

Barron County Sheriff Chris Fitzgerald told the news outlet that his department released the crime scene back to the estate several months ago and said "whatever the Closs family wants is what I want."

The house in Barron, Wis., where Jayme Closs' parents were killed and from which she was kidnapped in October was demolished on Tuesday. (AP Photo/Jeff Baenen)

“I knew they didn’t want to go back there, so it’s probably the right thing to do," the sheriff said.

Closs, 13, was kidnapped from the house in October 2018 by 21-year-old Jake Patterson. Authorities said Patterson didn't know Closs, but showed up at her home, killed her parents, then held her captive for 88 days at his cabin in Douglas County — about 60 miles northeast of Barron County.

Jake Thomas Patterson was sentenced to life in prison after murdering Jayme Closs' parents and kidnapping her in October 2018. (Barron County Sheriff's Department)

Closs was able to escape in January from the cabin and flagged down a person walking their dog, asking for help. The woman who first spotted her said Closs looked disheveled, dirty and thin, and noted Closs was wearing shoes too big for her feet.

Patterson was sentenced to life in prison in May after pleading guilty to kidnapping Closs and killing her parents.