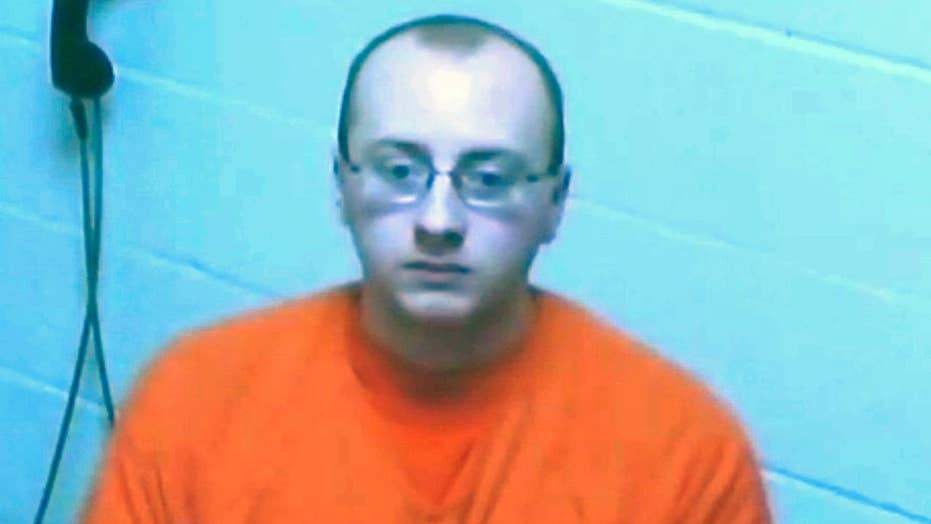 Suspect charged with kidnapping Jayme Closs, murdering her parents due in court

21-year-old Jake Patterson has not denied his participation in the murders and kidnapping and faces life in prison; Mike Tobin reports.

Jayme Closs’ accused kidnapper said in a jailhouse interview that he loves the 13-year-old Wisconsin girl and detailed what he did with her during the three months he held her captive at his remote cabin.

Jake Patterson called WCCO-TV reporter Jennifer Mayerle on Friday after she wrote him a letter asking him questions about the kidnapping case. Patterson — who previously admitted he killed Jayme’s parents, James and Denise Closs, and abducted the teen from her home in Barron on Oct. 15 — said he confessed to the kidnapping and murders because he “didn’t want to cause any more trouble.”

“Part of me like really knows I shouldn’t be f---ing talking to you. But, uh, like, I just didn’t want to cause any more trouble,” a man who said he was Patterson told WCCO on the phone.

Jake Thomas Patterson, 21, who is accused of abducting 13-year-old Jayme Closs and holding her captive for three months, during his first court appearance in January. (AP)

In the 9-minute conversation, Patterson said he longed to talk to Jayme and recalled preparing home cooked meals and watching television during the three months she was held captive at his remote cabin in Barron.

“I just love her,” Patterson said. “We were just like watching TV, playing board games, talking about stuff. We cooked a lot, everything we made was homemade, you know."

JAYME CLOSS KIDNAPPING SUSPECT DECIDED TO TAKE TEEN AFTER SEEING HER GET ON A SCHOOL BUS, COMPLAINT SAYS

Patterson told WCCO-TV "of course" he had regrets but did not further elaborate about what those were.

Jayme Closs was located in January after escaping from Jake Patterson's home in Gordon, Wis. (AP)

Authorities captured Patterson in January after Jayme escaped from the 21-year-old's home while he was gone. Patterson was charged with two counts of homicide and one count of kidnapping. He told investigators he decided to take Jayme after seeing her get on a school bus one day -- a moment when he said “he knew that was the girl he was going to take.”

Patterson also wrote a letter to KARE-TV reporter Lou Raguse on Feb. 28 saying he was planning to “plead guilty” to the charges and didn’t want Jayme or her relatives to “worry about a trial.”

“I can’t believe I did this,” he wrote. Later, Patterson added: "It was really stupid though looking back."

Patterson is expected to be arraigned March 27.

Jayme currently lives with her aunt.