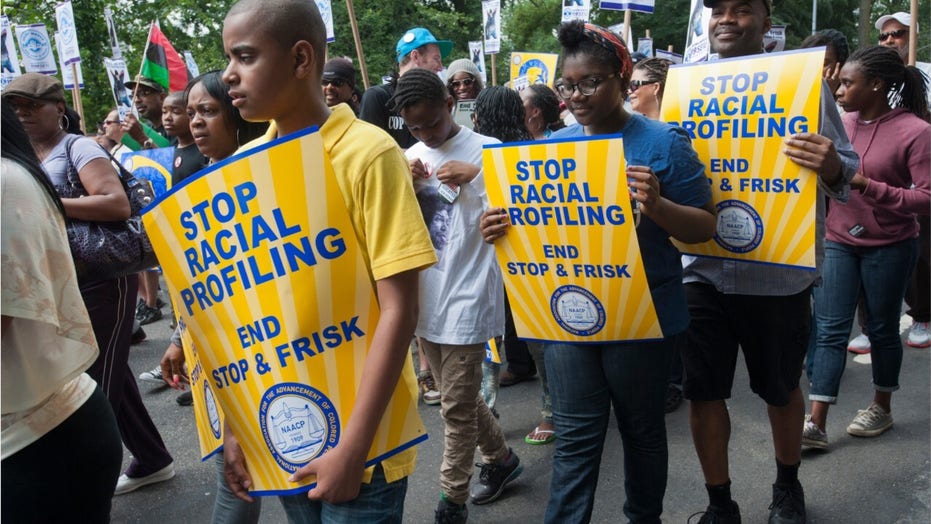 What is 'stop and frisk'? Controversial policing technique explained

'Stop and frisk,' a policing technique started in New York City in the '90s, has grown into a very controversial topic. Explained is what exactly it is, and why it is such a divisive issue.

Stop and frisk is a controversial policing practice that rose to prominence in New York City which supporters say saves lives by getting weapons off the streets, but critics say unfairly targets minorities.

Under the policy, police can temporarily detain, question and search civilians or suspects for weapons.

Backers of the policy say it is an effective way to deter crime, which dropped roughly 80 percent since the Giuliani administration enacted Stop, Question, and Frisk in the mid-'90s.

“Stop and frisk is a good policy tool that should be used for the purposes that it was intended,” said Jumaane Williams, who represented the 45th District in Brooklyn. “What I think is happening now is that it’s being abused in specific communities, specifically black and Latino communities."

Critics argue the price of living in a city where police can search you at any time for any reason is too high.

“[Former NYPD] Commissioner Kelly says he believes that the large number of Stop and Frisk prevents crime, but the data really doesn’t support that,” said Delores Jones-Brown, professor and director of the Center on Race, Crime, and Justice at John Jay College in New York. “The overwhelming problem with stop and frisk is that many of the people stopped are innocent.”

It found that between 2003 and 2009 a majority of the people stopped were either black or Hispanic. The study also concluded that while young black and Latino men account for only 4.7 percent of New York City’s population, they accounted for more than 40 percent of all stops in the city.

“I was coming home from the laundromat and I was stopped by the police officer. Asking me, ‘Let me see your ID. ‘Where are you from?’  ‘Do you live around here?'" said Chris Bilal, an artist, and writer.

“I feel guilty all the time,” he added, “I feel like I’m being watched and targeted all the time.”

A report by the New York Civil Liberties Union found that of 56 percent of the stops that resulted in a search, only 1.9 percent of those searched were found with a weapon.

Democratic presidential candidate Michael Bloomberg appeared to apologize and distance himself for the longstanding strategy he embraced as NYC mayor from 2002 to 2013.

Fox News' Perry Chiaramonte and The Associated Press contributed to the report.