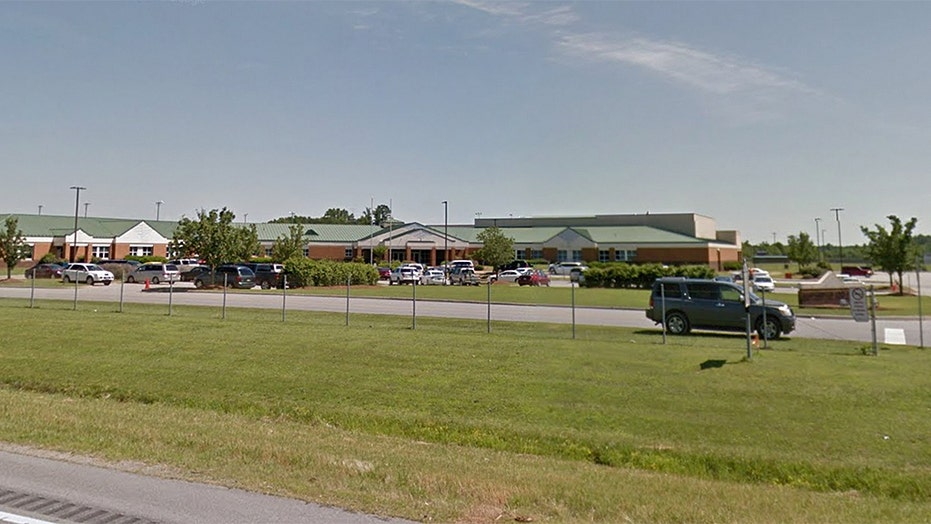 A Virginia man was arrested late Tuesday after eight students were sickened by eating candy laced with an "unknown substance," investigators said.

Jaden Phillips, 18, was hit with charges including possession with intent to distribute and distribution to someone under 18. He was being held at the Southampton County Jail without bond.

The students, who attend Southampton High School in Courtland, were rushed to Southampton Memorial Hospital in Franklin, WAVY-TV reported.

"As of 3 p.m., the eight patients are listed as 'good' and vital signs are stable within normal limits," hospital spokesman Brandon Seier told Fox News.

Seier said their ages ranged from 14 to 16 and they were being treated for 'ingestion of an unknown substance.'"

Phillips was not a student at the school, WTKR-TV reported.

A WAVY reporter tweeted that students at the school said another student was selling edibles to make money and then people started to get sick.

The school district superintendent was at the hospital checking on the sickened students, WAVY reported.

The Southampton County Sheriff's Office was questioning the student who was distributing the candy, spokesman Camden Cobb said.

OREGON HIGH SCHOOL STUDENTS INVOLVED IN SENIOR PRANK WILL GET TO WALK AT GRADUATION, OFFICIALS SAY

WTKR reported being shown a photo by a parent of what the candy looked like that the students ate.

Courtland is an hour's drive southwest of Norfolk.