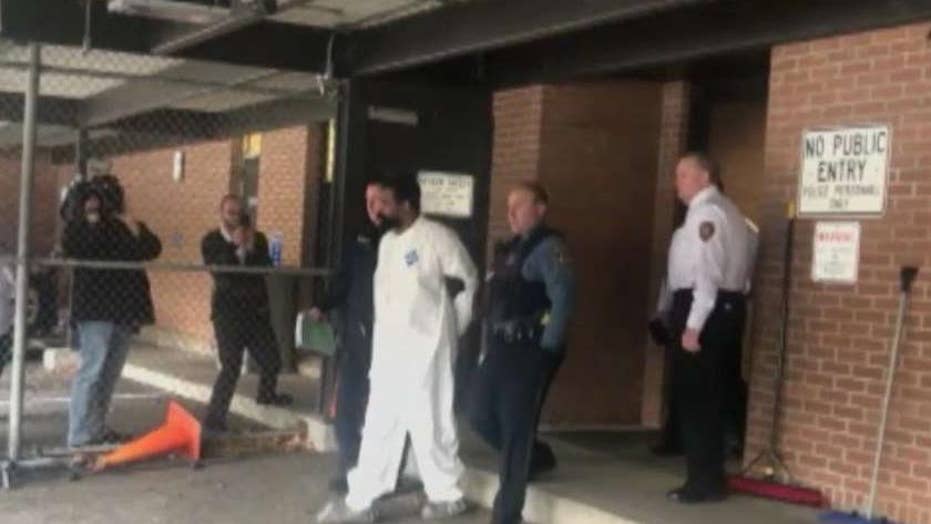 Suspect in Hanukkah stabbing attack had journal with anti-Semitic references

The family of one of the five victims injured in Saturday's horrific stabbing attack at the home of a New York rabbi broke their silence Tuesday, offering details of Josef Neumann's condition and requested continued prayers from the public.

"Our father Mr. Josef Neumann was severely stabbed multiple times during the mass attack Saturday night. The knife penetrated his skull directly into the brain. He also suffered three cuts to the head, one cut to the neck, and his right arm has been shattered," they wrote in a statement released on Twitter.

"Our father's status is so dire that no surgery has yet been performed on the right arm," the statement reads. "Doctors are not optimistic about his chances to regain consciousness, and if our father does miraculously recover partially, doctors expect that he will have permanent damage to the brain; leaving him partially paralyzed and speech impaired for the rest of his life."

Neumann, 71, was attending a Hannukah celebration at the home of Rabbi Chaim Rottenberg in Monsey, New York, when he was allegedly stabbed by Grafton Thomas, 37, sustaining serious injuries to the head. Four others, including the rabbi's son, were injured in the attack -- though their condition is unknown.

Thomas was charged Monday with federal hate crimes as details emerged about a series of handwritten journals found at his home that the FBI said appeared to "express anti-Semitic sentiments."

Thanking the public for their support, Neumann's family reiterated their call for continued prayers and urged "fellow Jews across the globe to share their experiences with anti-Semitism" using the hashtag #MeJew on social media.

"We thank all of those who have contacted us for prayers and support ... please continue to pray," the family wrote.

"We shall not let this terrible hate-driven attack be forgotten, and let us all work to eradicate all sorts of hate."