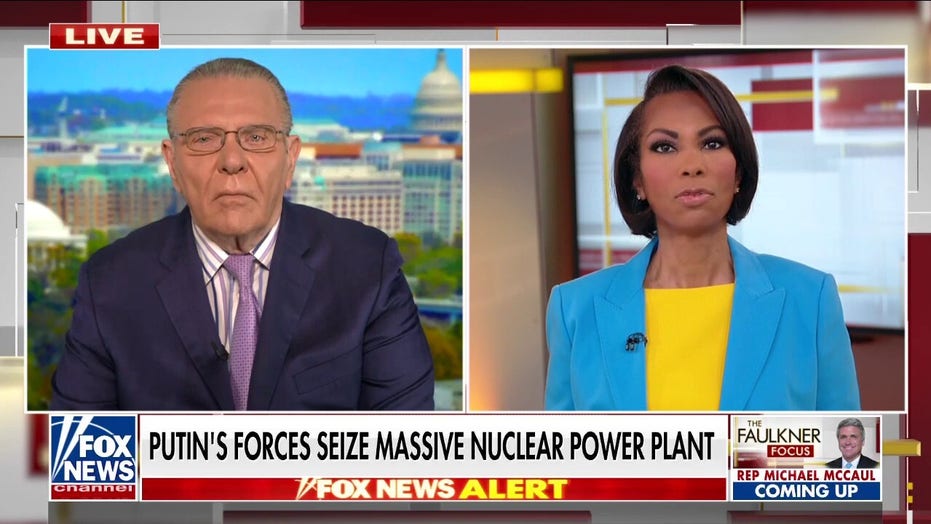 Fox News senior strategic analyst Gen. Jack Keane (Ret.) says Russia's strategy of cutting off Ukrainians from the sea will likely be successful but notes that Russian operations in the north are largely stalled

A breakdown of U.S. aid to Ukraine reveals the incredible speed at which the American government provided assistance, compressing a process that normally takes months into "hours and days."

The U.S. has provided $350 million in military aid in the forms of weapons from U.S. stockpiles over the past week, bringing the total aid to Ukraine to roughly $1 billion over the past year.

And a new breakdown of that aid shows that the U.S. compressed the process to provide this aid to just a matter of hours and days.

"You can see how fast we are moving to get security assistance on the battlefield," a senior defense official said, noting that overall officials remain "very impressed" with how Ukrainians are fielding those weapons. "They are having a real impact."

The official noted that the process to move the existing stockpiles to Ukraine would normally take months. The U.S. has already sent 70% of the security assistance over the past seven days.

"We keep exceeding what we thought we could do."

The State Department said the last tranche of assistance to Ukraine is "the single highest amount in U.S. history."

Assistance to Ukraine since the initial Russian invasion of Crimea now totals $3 billion, with Britain, Canada, Poland and Lithuania also providing assistance through their own efforts in that time.