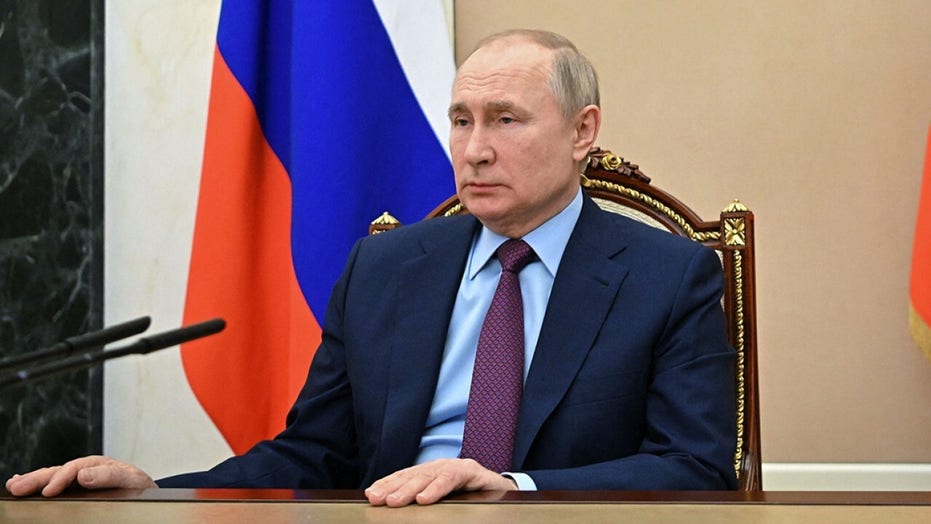 Many Ukrainians in America are rallying behind their country, trying to raise money and supplies for the war effort, while their family members and friends face terrifying uncertainty as Russian forces advance.

Oksana Bats, a pharmacist who lives in Jersey City with her husband and two daughters, has arranged meetings with politicians, marched in Washington, D.C., and raised money for her country since Russia invaded Ukraine six days ago.

"Ukrainians across the U.S and the whole world are coordinating," said Bats, who is also the president of the Ukrainian Women's League of America in Jersey City. "I feel bad that I am here because I want to be there."

"I want the world to know how much Ukrainians love their country. It is in our blood."

Her mother, father, brother and in-laws remain in Ukraine, which she left in 2015 for the U.S. She lives with her Ukrainian husband Igor, and their two children, Viktoriya and Adam.

She helped arrange a meeting Friday with Jersey City Mayor Steven Fulop at the Ukrainian Jersey City (JC) that focused on fundraising efforts.

While Bats is doing her best to inspire Americans to support Ukraine, many of her friends have taken more drastic steps.

She said that one friend flew to Poland with seven cases of supplies they had packed for him and is bound for Kyiv, the country's capital. Experts agree that President Vladimir Putin is trying to overtake Kyiv, so he can install a pro-Russian government.

Another friend, who was visiting his parents near Kyiv when the war broke out, decided to remain. He is a New Jersey neurologist who is now working as an ER doctor helping the military, according to Bats.

"I want the world to know how much Ukrainians love their country," Bats told Fox News Digital. "It is in our blood."

Her family lives in Vykoty, a village near Lviv in the western part of Ukraine. They will not leave – although they could have easily fled across the nearby Polish border, she said. 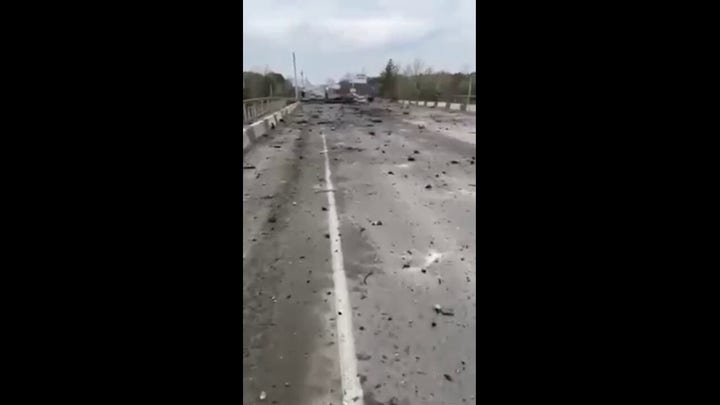 "My father will never abandon his home, he will never run from the Russians," Bats said.

Many of the women in her village are working tirelessly to make massive quantities of potato dumplings known as Varenyky and borscht to deliver to the Ukrainian forces.

Igor Kolinets, president of the Ukrainian National Home in Jersey City, a nonprofit organization that helps Ukrainian immigrants, is fundraising and educating the community about the war.

He, too, said his family is not leaving the country. He has two brothers and a sister living in Ternopil in western Ukraine and a cousin in the south in Kherson. 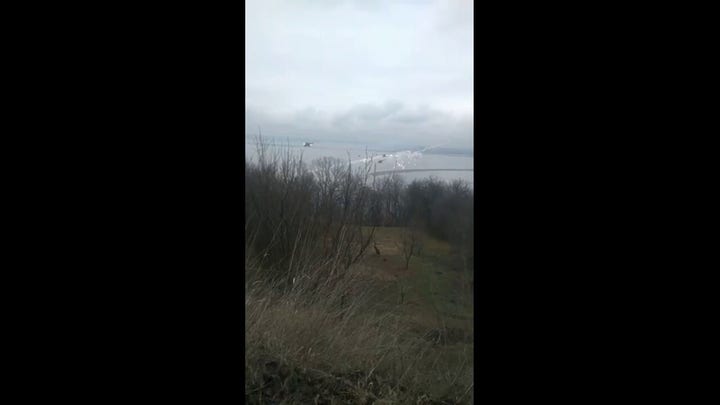 "My cousin said the bombardment was so heavy," Kolinets said of a phone call the two had. "They're killing innocent people, taking the tanks through their houses. It's crazy. People are hiding, but they are fighting right back."

Kolinets has lived in the U.S. since 1996, but he said Ukraine is his homeland.

"The Ukrainian people will never stop even if Putin takes Kyiv," he said. "The people will fight for every centimeter of their land."

Kolinets' friend Levia Pavelko left Kyiv with her husband on Friday for a small village near Ternopil, after they were kept awake all night by the sound of bombings, sirens and low-flying Russian planes. "That's all you hear," she said. "Our life changed in one minute. We are scared."

She captured cellphone footage of helicopters bombarding Kyiv and a cratered road near the town that appeared to have been hit by a rocket.

It took them more than 15 hours to drive 500 kilometers to the village where Pavelko is from. She said many of their friends chose to stay in Kyiv voluntarily and fight.

Her message to Putin was succinct: "Please, stop the war."