Rep. Ilhan Omar, D-Minn., right, and Rep. Rashida Tlaib, D-Mich., take a quiet moment as they talked about Israel's refusal to allow them to visit the country during a news conference Monday, Aug. 19, 2019 at the State Capitol in St. Paul, Minn. (AP Photo/Jim Mone)

Reps. Tlaib, Omar blast Israel for denying them entry, call on Congress to get involved -- but is the controversy a 'political stunt'?
Democratic Reps. Rashida Tlaib of Michigan and Ilhan Omar of Minnesota condemned Israel’s recent decision to impose restrictions on visiting the country, with the two members of the so-called "Squad" calling on Congress to get involved. 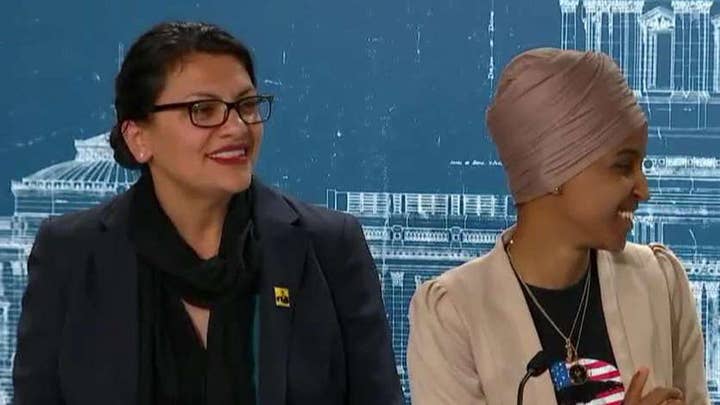 However, one Fox News contributor, Andrew McCarthy, believes their attempts to travel to Israel last week were nothing but a farce. “It was a political stunt from the beginning," he said on "America's Newsroom.  "I was glad to see that they called her on it because once she said, ‘Oh, never mind. I don’t want to come in the first place,’ I think it put the lie to the whole escapade." 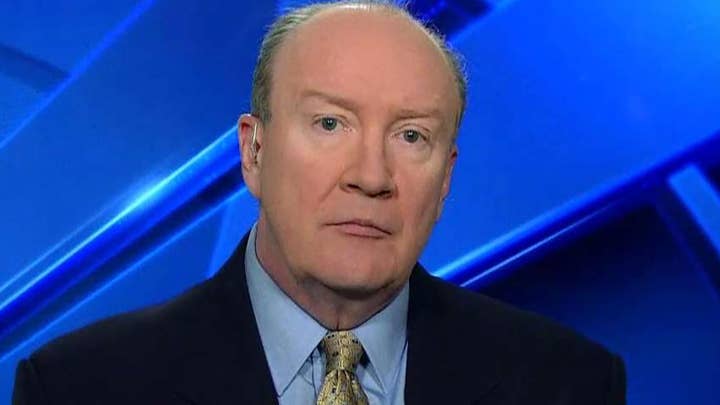 “Israel has a law on the books that makes promotion if you have an alien – that is, a non-Israeli – who is promoting this BDS movement, which is ‘Boycott, Divestiture, and Sanctions.’  They rightly consider that an attempt to dismantle and ultimately destroy the Jewish state,” McCarthy added. Click on the video above to watch the entire interview. 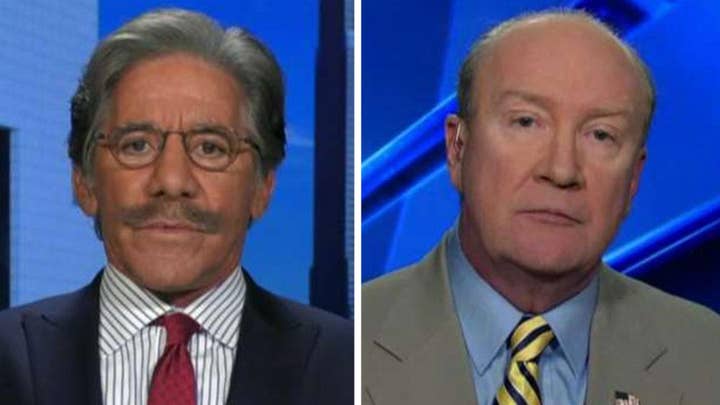 The two Muslim lawmakers held their news conference with Palestinian-American and Jewish-American residents of Minnesota who said they also have been affected adversely by travel restrictions to Israel and the Palestinian territories. Their statements came after White House fired back at Democrats amid reports that they may be considering legislative action against Ron Dermer, Israel’s ambassador to Washington, and David Friedman, the U.S. ambassador to Israel, in retaliation. 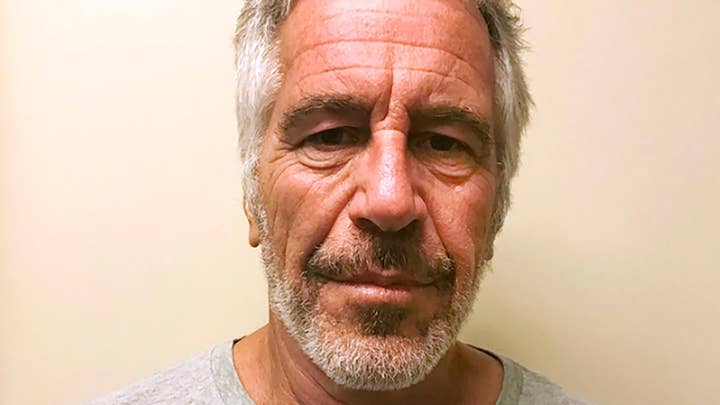 Epstein signed will two days before suicide: report
Disgraced financier Jeffrey Epstein’s will was filed in the U.S. Virgin Islands and it showed that he signed it on Aug. 8 — two days before investigators said he hanged himself in his New York City jail cell. The accused sex trafficker and convicted pedophile was worth $577,672,654, or about $18 million more than he previously stated in court papers when he had tried to land bail on federal sex-trafficking charges, the New York Post reported Monday, citing new court documents. The 66-year-old put all of his holdings in a trust, referred to as “The 1953 Trust” in court papers, named after the year he was born, the document revealed. There were no details on the trust’s beneficiaries. The court papers noted Epstein’s only potential heir was his brother, Mark Epstein.

States to move forward with antitrust probe of Big tech companies: report
A group of states is preparing to move forward with a joint antitrust investigation of big technology companies, the Wall Street Journal reported. The probe involving various state attorneys general is expected to be launched as soon as next month and may focus on whether a handful of technology platforms use their marketplace dominance to stifle competition. Google, Facebook, Amazon and Apple are four companies that are likely to be a focus of the investigation.

Trump administration tightens rules for immigrant work permits
The Trump administration issued new policy guidance on Monday tightening the rules for awarding discretionary work permits to immigrants who have been temporarily allowed into the United States for "urgent humanitarian reasons or significant public benefit" under the Immigration and Nationality Act. Section 212(d)(5)(A) of the Immigration and Nationality Act affords the Department of Homeland Security the discretion to decide when to afford aliens entry under "extraordinary" circumstances, such as to visit a dying relative or obtain life-saving medical treatment. The one-time entry is a privilege, not a right — and the administration's guidance made clear that officials were wary it was being abused. 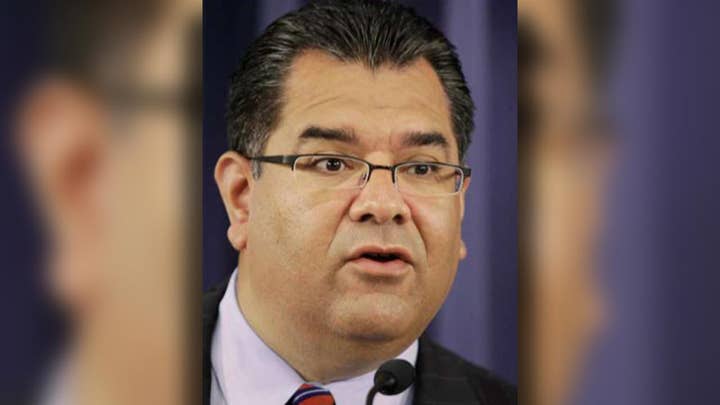 After mock Trump assassination at liberal fundraiser, Scalise asks when the left will denounce its violence
House Minority Whip Steve Scalise asked what it would take for liberals to denounce violence against conservatives after a Democratic state senator from Illinois came under fire last weekend over pictures showing his supporters at a fundraising event taking part in a mock assassination of President Trump. Photos posted by a witness showed supporters of Sen. Martin Sandoval, who represents Illinois’ 11th District — including parts of Chicago — acting out in front of guests, according to WCIA.com.

Sen. Sandoval apologized and called the actions "unacceptable." But Scalise, who was gravely wounded in 2017 by a gunman who targeted Republican House members as they practiced for the Congressional Baseball Game, said that wasn't enough. Condemnation must come from Democratic leadership, he told Fox News' Laura Ingraham on "The Ingraham Angle." Click on the video above to watch the interview. 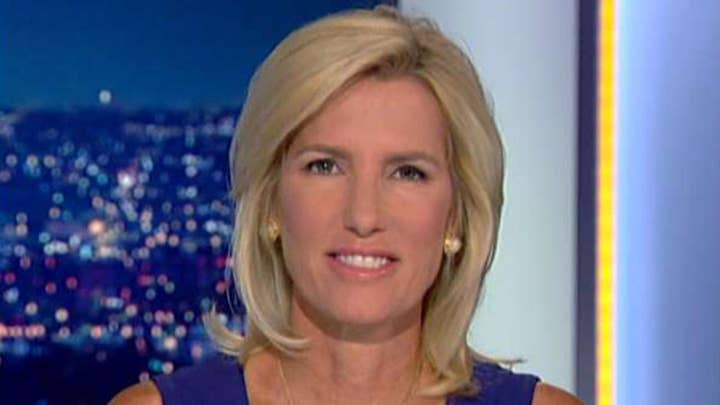 Laura Ingraham says Democrats and the media see a recession as the only way to unseat President Trump -- and that's why they're rooting for it so desperately.

Fox News First is compiled by Fox News' Bryan Robinson. Thank you for joining us! Enjoy your Tuesday! We'll see you in your inbox first thing Wednesday morning.