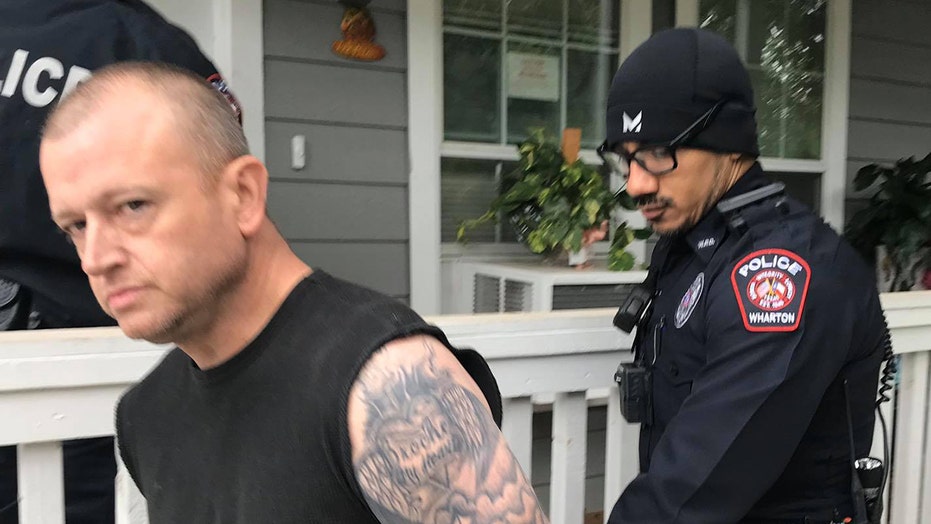 A wanted Texas man who challenged police to find him was arrested — after police found him.

Jason San Miguel reportedly issued the bizarre challenge to the Wharton Police Department when he was informed Friday he was wanted on a burglary charge, telling an officer that cops would have to find him to arrest him and that he doubted they were up to the task.

An officer suggested he turn himself in, to which San Miguel allegedly said he would when he "felt like it."

The department posted a photo of their "hide-and-seek challenge" to Facebook, along with a photo of what appeared to be San Miguel's car. Officers said their defiant challenger "forgot was that our department is more than 18,000 strong, because each of you made the choice to police WITH us."

"Together, we’re a team that not even Gerrit Cole can strikeout," police wrote online, referencing the Houston Astros ace pitcher.

Despite his confident boasts, however, San Miguel apparently wasn't very good at hiding because police officers said they found him within a few hours in what was probably the first place they looked: the attic of his home in Wharton, a city roughly 60 miles southwest of Houston.

Investigators thanked "all who shared this post, and our officers who had to brave the itchy insulation that Jason exposed them to."